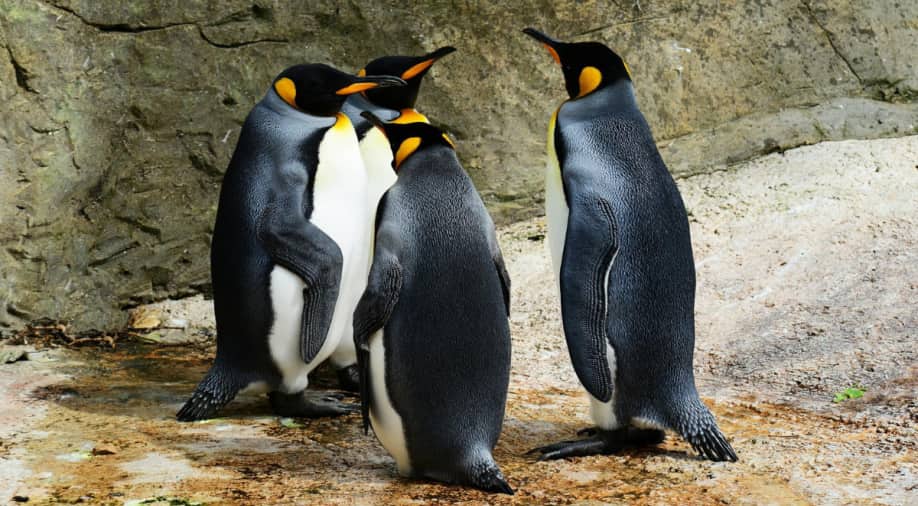 File photo of penguins. Photograph:( Others )

The switch of food was made after horse mackerel prices rocketed up about 20-30 per cent from last year, in part because of low catches

The Hakone-en aquarium in central Japan's Kanagawa region is facing a very strange situation. The authorities in the aquarium are saying that penguins and otters have become quite picky with their meals.

At this Japanese aquarium, the after-effects of inflation are evident as the penguins and otters are refusing to eat cheap food. It is said that they are not liking the new bargain bites their keepers are now offering after a jump in prices.

Aquarium head Hiroki Shimamoto told news agency AFP: "They take it into their mouths at first, but then they decide they don't like it and drop it".

He added that they are sensing "something is off."

The Hakone-en aquarium has gotten rid of some of its traditional and more expensive horse mackerel. To replace that, they have introduced cheaper mackerel.

But it looks like, some penguins are not happy as the menu change has not been received with universal approval. As mentioned by the aquarium, there have been instances when some of the penguins resolutely turn their beaks up when the mackerel are proffered.

Well, this was about the penguins, the problem is even more serious with the aquarium's otters. Shimamoto said that the otters have uniformly rejected the cheaper fish.

The authorities have revealed that the switch was made after horse mackerel prices rocketed up about 20-30 per cent from last year, in part because of low catches.

Shimamoto concluded that the aquarium is still purchasing some horse mackerel. He added that they have no plans to revert back entirely until prices fall.