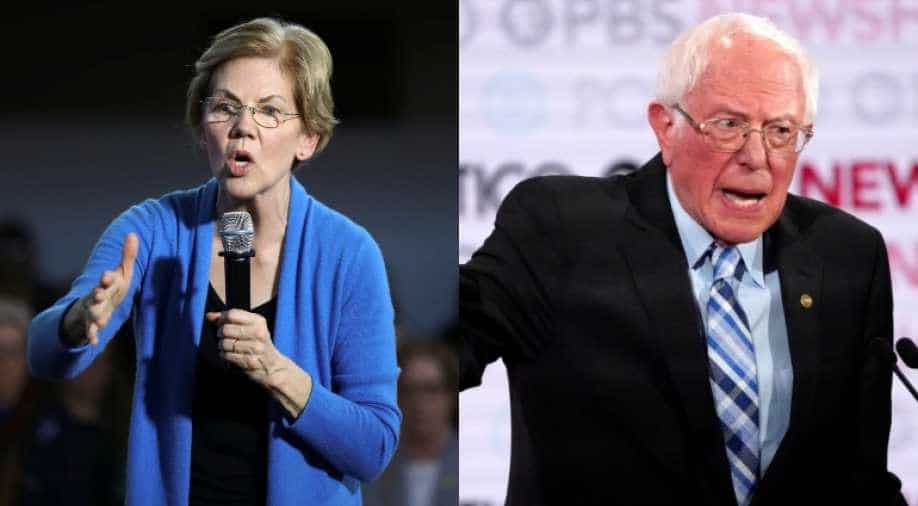 A rare sign of discord emerged on Sunday (January 12) between progressive Democratic presidential contenders Elizabeth Warren and Bernie Sanders over a report that Sanders' campaign volunteers had called her a candidate of the elite in conversations with voters. #WION

Warren said that she was disappointed to know that Bernie was sending volunteers to 'trash' her.

Presidential contender Elizabeth Warren slammed his friend and another Democratic candidate Bernie Sanders on Sunday for describing her a candidate for the elite.

Warren said that she was disappointed to know that Bernie was sending volunteers to "trash" her.

"Bernie knows me and has known me for a long time. He knows who I am, where I come from, what I have worked on and fought for, and the coalition and grassroots movement we are trying to build. Democrats want to win in 2020. We all saw the impact of the factionalism in 2016 and we can't have a repeat of that," Warren said.

Warren and Sanders are friends and have similar ideological leanings and before this development, both of these candidates avoided a confrontation against each other.

"I hope Bernie reconsiders and turns his campaign in a different direction."

Earlier, a report by Politico claimed that volunteers of Sanders' campaign argue to voters that Warren was supported by "highly-educated, more affluent people who are going to show up and vote Democratic no matter what".  The report added that Warren's campaign is not motivating people who do not cast their vote.

After the report, Sanders said that he did not approve of talking negative points about other candidates.

"We have over 500 people on our campaign. People do certain things. I'm sure that in Elizabeth's campaign people do certain things as well. But you have heard me for months. I have never said a negative word about Elizabeth Warren who is a friend of mine. We have differences on issues, that's what campaigning is about. But no one is going to be attacking Elizabeth."

He also called Warren "a good friend of mine" and said that nobody would trash her.