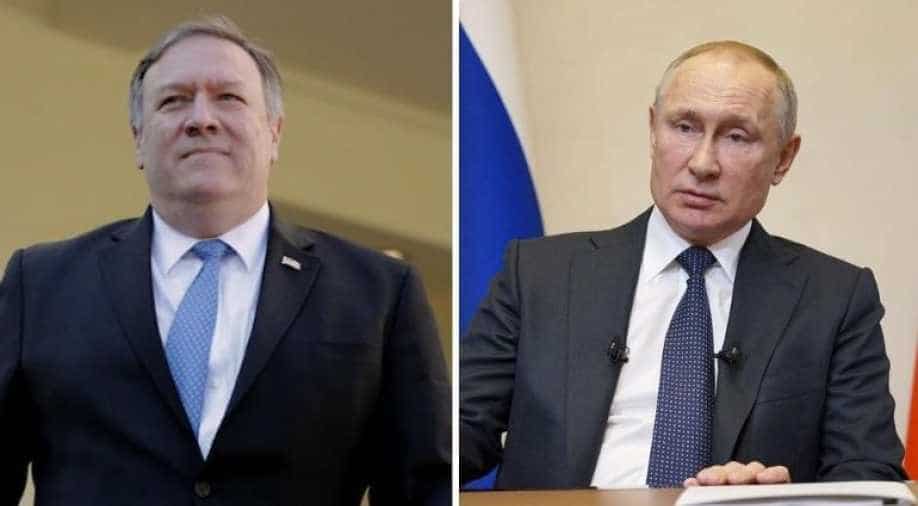 Pompeo’s warning is the first known rebuke from a senior American official to Russia over the bounties program, and it runs counter to President Trump’s insistence that the intelligence from US government agencies over the matter is a 'hoax.'

US Secretary of State Mike Pompeo on Wednesday said he warned his Russian counterpart Sergei Lavrov that there would be "an enormous price to pay" if Moscow is offering bounties to kill US soldiers or other Western troops in Afghanistan.

Pompeo’s warning is the first known rebuke from a senior American official to Russia over the bounties program, and it runs counter to President Trump’s insistence that the intelligence from US government agencies over the matter is a “hoax.”

President Donald Trump said he was not told about the information because many US intelligence officials doubted its veracity, although several US and European sources contradicted his comments.

#Zakharova 💬In a 📞telephone conversation with @SecPompeo, Russian FM Sergey Lavrov referred to allegations of “collusion between #Russian special services and the Taliban” as malicious speculation, and asked #Washington for evidence, but nothing was provided. pic.twitter.com/cHTaEr7sDX

In an interview with Radio Free Europe/Radio Liberty, Pompeo declined to say whether he believed the intelligence was credible or if he thought Trump should have been briefed, but said Washington would not put up with such behavior.

"If the Russians are offering money to kill Americans, or for that matter other Westerns as well, there will be an enormous price to pay. That's what I shared with foreign minister Lavrov," Pompeo said in the interview, conducted during his official visit to the Czech Republic.

"I know our military has talked to their senior leaders as well. We won't brook that, we won't tolerate," Pompeo said.

Last month, US and European sources familiar with intelligence reporting said that the United States had acquired fresh reporting backing up the allegations that Russia had encouraged Taliban-affiliated militants to kill US and allied soldiers in Afghanistan.

The intelligence reporting comes as the United States has been engaged in negotiating with the Taliban as well as the Afghan government to get a stalled peace agreement, struck in February for the withdrawal of U.S. troops, moving.