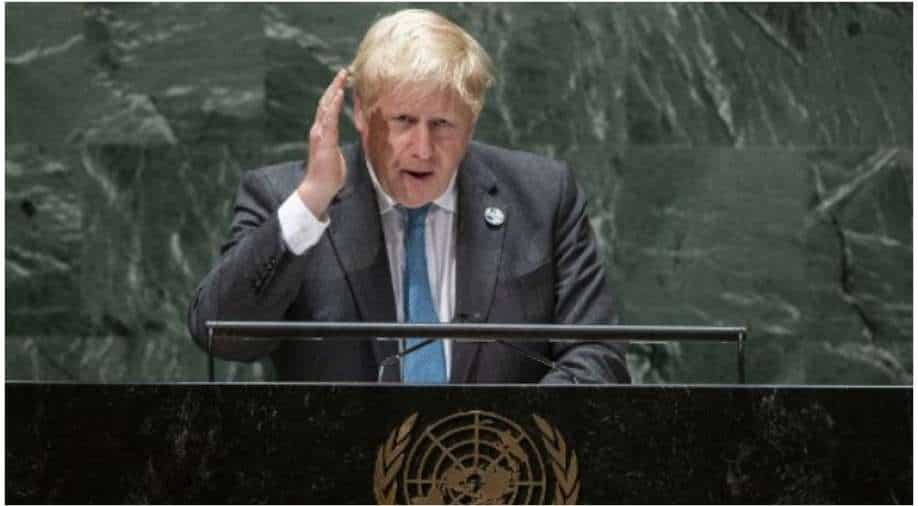 Johnson, whose government has outlined plans to reach net-zero carbon emissions by 2050, welcomed moves to reduce pollution from countries including Saudi Arabia, Russia and the United States

"If Glasgow fails, then the whole thing fails," he told a news conference after a meeting of G20 leaders in Rome, where they agreed a target to limit global warming to 1.5 degrees Celsius.

Johnson echoed that ultimatum, even after the landmark 2015 Paris Agreement, which saw countries agree to cap global warming to "well below" 2C above pre-industrial levels, and 1.5C if possible.

"If we don't act now, the Paris Agreement will be looked at in the future not as the moment humanity opened its eyes to the problem but the moment it flinched and turned away," he told reporters.

Johnson, whose government has outlined plans to reach net-zero carbon emissions by 2050, welcomed moves to reduce pollution from countries including Saudi Arabia, Russia and the United States.

But he said that, and a G20 commitment to reduce reliance on coal in the coming years, were "but drops in a rapidly warming ocean".

An increasing number of countries had outlined carbon reduction plans in the run-up to the summit, he said, but it was still not enough.

"If we are going to prevent COP26 from being a failure, then that must change," he added, warning that without further action, the Paris Agreement would be "just a piece of paper".

Johnson, known for his political optimism, put the onus on his fellow leaders to make "real progress".

Asked specifically about the chances of success at the summit, he said: "Six out of 10. It's nip and tuck. It's touch and go. We could do it or we could fail by the middle of November.

"We've inched forward (at the G20). We've put ourselves in a reasonable position for COP in Glasgow but it's going to be very difficult in the next few days."