If elected president, Trump pledges to use NATO in fight against ISIS 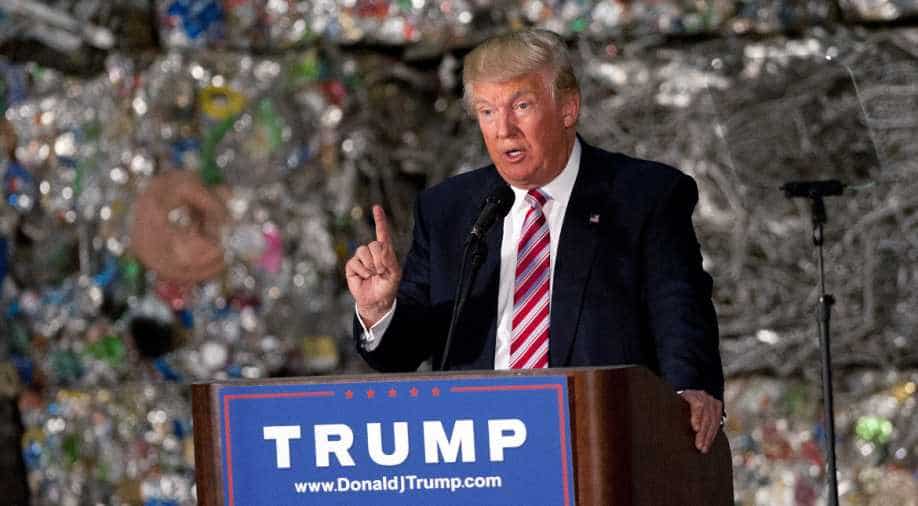 Trump said the idea of using the Cold War-era alliance would be to ease the load on American forces. Under President Barack Obama, US airstrikes are relied on to target IS militants in Syria and Iraq. Photograph:( Getty )

Follow Us
Republican Donald Trump said today that if elected president on November 8 he would be open to drawing NATO forces into the fight against Islamic State militants in a new mission for an alliance he has called obsolete.

Trump made the comments in an interview with ABC News. The presumptive Republican presidential nominee has for months raised questions about the money the United States pours into NATO, which he says needs to be reconfigured to take account of today's threats.

Under President Barack Obama, the United States has relied heavily on US airstrikes to attack Islamic State targets in Syria and Iraq. Republicans have criticised this policy as not enough to stop the militants.

Trump said the idea of using the Cold War-era alliance would be to ease the load on American forces.

"I don’t want to get too much of ours involved. I want NATO to be involved,” Trump said. “We spend a tremendous amount of money on NATO. We take care of countries that frankly should be taking care of themselves in terms of economically.”

Trump's comments came amid an uproar over a meeting between former president Bill Clinton and attorney general Loretta Lynch at a time when Clinton's wife, Democratic presidential candidate Hillary Clinton, is under federal investigation.

The private meeting took place on Lynch's plane after she landed in Phoenix on Monday night and Bill Clinton was leaving the airport after a rally he held for his wife earlier that day.

Hillary Clinton is under an FBI investigation for her use of a private email server when she was President Barack Obama's first-term secretary of state.

Trump told conservative radio talk show host Mike Gallagher that the meeting was proof of his charge that the US political system is "rigged" in favor of political elites.

"It's unheard of," Trump told ABC News. "You have this massive investigation on emails and they'd have a meeting like this."

Lynch, appointed to her position by Obama more than a year ago, said she did not discuss the email investigation or other pending matters before the justice department with Bill Clinton.

"When I was landing at the airport, I did see president Clinton at the Phoenix airport as I was leaving and he spoke to myself and my husband on the plane," Lynch told reporters.

"Our conversation was a great deal about grandchildren. It was primarily social and about our travels. He mentioned the golf he played in Phoenix and he mentioned travels he had to West Virginia...But there was no discussion of any matter pending for the department or any matter pending before any other body," Lynch said.

The Federal Bureau of Investigation is investigating Hillary Clinton about her email use and has already interviewed some of her aides. The investigation into whether laws were broken as a result of the server kept in her New York home has overshadowed Clinton's campaign.

Obama is preparing to campaign with Hillary Clinton for the first time in her 2016 White House bid. They are to appear together in Charlotte, North Carolina, on Tuesday. A Reuters/Ipsos poll this week showed Clinton 11 points ahead of the billionaire businessman

At the White House, spokesman Josh Earnest made clear that Obama believes an impartial investigation is crucial and noted that Lynch had said the conversation was benign.

"I think the bottom line is simply that both the president and the attorney general understand how important it is for the department of justice to conduct investigations that are free of political interference," Earnest told reporters.

US senator John Cornyn of Texas, the Number 2 Senate Republican, cited the incident in renewing his call for an independent counsel to take over the Clinton probe from the FBI.