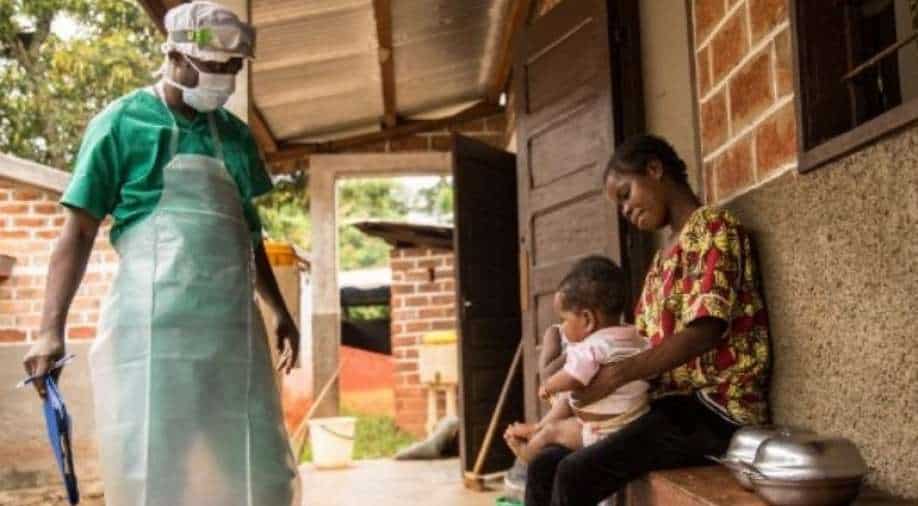 The illness, from which most people recover within several weeks and has only been fatal in rare cases, has infected thousands of people in parts of Central and Western Africa in recent years but is rare in Europe and North Africa. (representative image) Photograph:( AFP )

Switzerland became the latest European country to report the first case of the monkeypox virus from a person who had recently travelled abroad.

As the monkeypox virus spreads to more countries, the World Health Organisation(WHO) said “the identification of confirmed and suspected cases of monkeypox with no direct travel links to an endemic area represents a highly unusual event."

The UN health body conceded that "surveillance" in the non-endemic area has been limited even as it cautioned saying more cases may be reported in non-endemic areas in the days ahead.

Also Read: Did scientists warn in 2019 about the recent rise in monkeypox cases?

Meanwhile, Switzerland became the latest European country to report the first case of the monkeypox virus from a person who had recently travelled abroad.

Several European nations including Germany, Spain, Sweden, UK have already reported cases of the monkeypox virus including the United States.

The symptoms of the rare virus include muscle aches, fever, exhaustion and rashes. The WHO has said it clears in two or four weeks. The UK had said earlier that it has a vaccine which is effective against the virus.

Meanwhile, reports claimed the Indian government has put National Centre for Disease Control (NCDC) and the Indian Council of Medical Research (ICMR) on alert even as the Kerala state government has asked health officials to remain vigilant.

At least 92 cases of monkeypox have been reported till Saturday with the virus spreading to Switzerland and Israel. The WHO said human-to-human transmission has been occurring due to close contact.