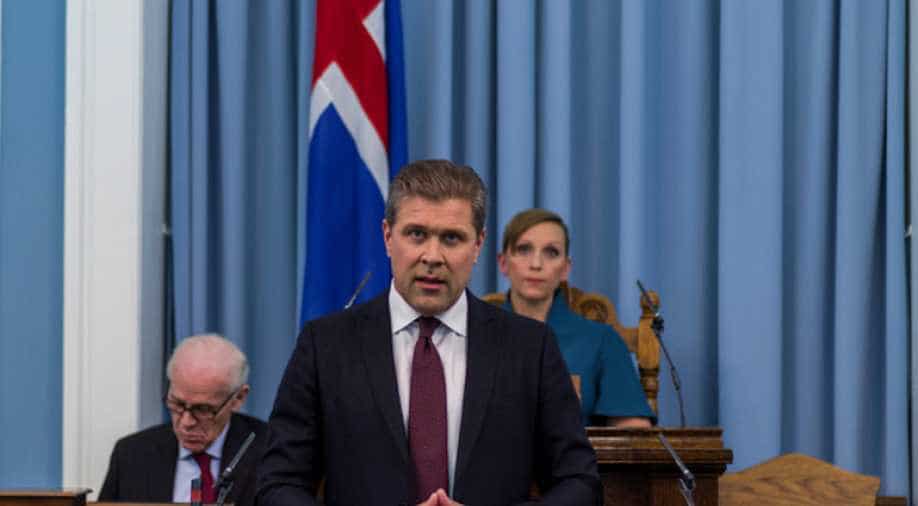 The protest erupted after it was found that he was trying to hide his father's attempt at recommending a letter?for a pedophile convict. || ||Benediktsson is quite certain that he may return to power again after the elections that are scheduled to be held in November.

The government in Iceland has collapsed after outrage and protest arose against Prime Minister Bjarni Benediktsson.

Protests erupted after it was found that he was trying to hide his father's attempt at recommending a letter for a pedophile convict.

The Washington Post states that Hauksson raped his granddaughter for almost 12 years, which he started when she was five years old.

The convict was imprisoned for six years and was released on "restored honour" last August.

"Restored Honour" is a legal status from the old Icelandic law that lets criminals free and gives them an opportunity to serve in the public office or work as an attorney. The criminals are freed after they get three letters of recommendation speaking of their good character.

The victim has described the grant of pardon to the rapist as "surreal". She also said that Hauksson continues to harass her through text messages and phone calls, The Reykjavík Grapevine reported.

Benediktsson allegedly learned about his father's letter in July. The letter, however, was disclosed a few days back only after the government was forced by a parliamentary committee.

Benediktsson called for Snap election after the party fell from its majority.

One party from the ruling coalition quit the government after the outrage that arose against prime minister due to his father's recommending pardon for a pedophile convict.

He said: “We have lost the majority, and I don’t see anything that indicates we can regain that, I am calling an election.” Reuters reported.

Benediktsson is quite certain that he may return to power again after the elections that are scheduled to be held on October 28.