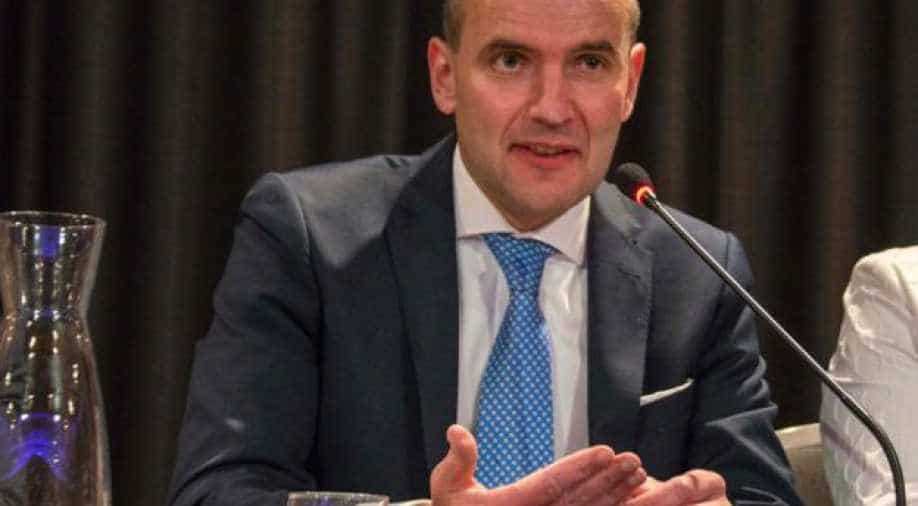 Johannesson has vowed to restore Icelanders' faith in the system after years of public anger toward politicians for miring the country in scandals and financial woes. Photograph:( AFP )

Follow Us
Iceland is expected to elect a political newcomer as president on Saturday with polls predicting a landslide victory for Gudni Johannesson, a history professor and political commentator who has never held public office.

Johannesson, 47, only decided to run for the post after the "Panama Papers" leak in April detailing offshore accounts implicated several senior Icelandic politicians, including the then-prime minister who was forced to resign.

Johannesson has vowed to restore Icelanders' faith in the system after years of public anger toward politicians for miring the country in scandals and financial woes.

But while outraged Icelanders massed in the streets for days in April calling for the prime minister's ouster, that anger appeared to dissipate somewhat in the final days of the presidential campaign, overshadowed by euphoria after the Icelandic football squad achieved an historic feat at the Euro 2016.

A North Atlantic island of just 334,000 people, Iceland beat Austria 2-1 on Wednesday to qualify for the last 16 in the country`s Euro debut, facing off against England on Monday.

The news dominated headlines, with only sparse election coverage in the final days of the campaign.Britain's vote to leave the European Union also dominated the news on the eve of the election in Iceland, a country that itself applied for EU membership in 2009 but abandoned the bid six years later.

Like most of Iceland's voters, Johannesson is opposed to EU membership.

The president holds a largely ceremonial position, acting as a guarantor of the constitution and national unity.

The constitution does allow the president to dissolve parliament, as well as veto bills in parliament and put them to a referendum, though those powers have rarely been used.

The current president, Olafur Ragnar Grimsson, is stepping down at 73 after five straight terms spanning 20 years. The only president to ever do so, he exercised his veto right three times over two decades.

More important legislative elections are due in the autumn.

In opinion polls, Johannesson has held a commanding lead over the other eight candidates since announcing his candidacy in early May.
The latest polls credited him with between 45 and 49 'per cent of voter sympathies.

David Oddsson, a 68-year-old former prime minister and central bank chief who has been Johannesson`s closest rival for most of the campaign, garnered around 16 'per cent.

Oddsson, who served as Conservative prime minister from 1991 to 2004 and central bank governor from 2005 to 2009, is a divisive figure in Iceland, inextricably linked to the excesses of the banking boom that led to the country`s devastating 2008 financial crisis.Johannesson meanwhile was until recently known to Icelanders as one of the country`s most prominent political commentators from the University of Iceland.

Contrary to Oddsson, Johannesson is non-partisan, putting "emphasis on presenting himself as a neutral candidate," Gretar Eythorsson, a political science professor at the University of Akureyri, told AFP.

In a nation basking in a strong economy, low unemployment and robust purchasing power, Johannesson`s views are generally seen as moderate and centrist.

His calm nature, conciliatory tone, and consensus-oriented approach, as well as his stated desire to restore Icelanders` faith in the political system, has appealed to voters.

He has also vowed to modernise political life and give voters more of a voice, by, among other things, introducing citizen-initiated referendums.

The president "is expected to unite the people rather than scatter them," Johannesson told AFP in an interview.
Oddsson`s campaign has meanwhile been more combative and "is all about trying to harass Johannesson and find weak spots," says Eythorsson.

Polling stations open across the country at 0900 GMT and close at 2200 GMT, with the first results expected shortly afterwards.