'I will not sit quietly': 3 Black senators in spotlight on voting rights 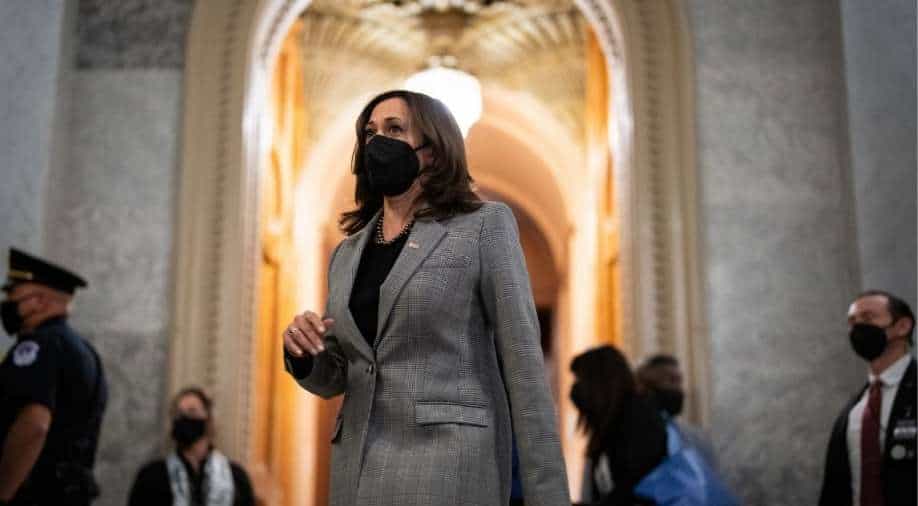 Scott used the elections of all three Black men — but especially himself and Warnock — to back up his case that America is a nation of expanding democratic opportunity, not voter suppression and inequity

The Senate has only three Black members, a paltry number that is unrepresentative of the country, so when the chamber took up a voting rights bill this week aimed at preventing the disenfranchisement of voters of color, Sens. Cory Booker, Tim Scott and Raphael Warnock played an outsized role in the debate.

During a more than 10-hour discourse Wednesday that highlighted the Senate’s striking lack of diversity, the three men brought vastly different perspectives to an issue that each said had affected them in deeply personal ways, with the two Democrats — Warnock of Georgia and Booker of New Jersey — serving as self-described witnesses to Republican-engineered voter suppression, and Scott, R-S.C., countering that the real threat to democracy was coming from the left.

The protracted proceedings underscored how heavily the white leaders of both parties lean on the few Black members of their rank-and-file when issues of race arise. When Vice President Kamala Harris, a former senator from California who was the first Black woman to serve in that post, briefly presided over the debate Wednesday night, nearly half of the 11 African Americans who have ever served in the Senate were present at once.

But it also showed the power of representation and biography in a debate over policy.

The moral force that the three senators could marshal to their causes was clear. The back-and-forth between Scott, the son of a struggling single mother in working-class North Charleston, South Carolina, and Booker, a former Rhodes Scholar and big-city mayor, provided a striking moment, as they fought over the meaning of Jim Crow in the present day.

Scott used the elections of all three Black men — but especially himself and Warnock — to back up his case that America is a nation of expanding democratic opportunity, not voter suppression and inequity.

“It’s hard to deny progress when two of the three come from the Southern states which people say are the places where African American votes are being suppressed,” he said.

Warnock, who ministers from Ebenezer Baptist Church in Atlanta, the pulpit from which Martin Luther King Jr. preached, closed the debate with an appeal to every senator.

“Let the message go out: You cannot honor Martin Luther King and work to dismantle his legacy at the same time,” Warnock said Wednesday night, two days after King’s holiday, when virtually every senator of every political stripe produced an obligatory tribute to the slain civil rights leader.

“I will not sit quietly while some make Dr. King the victim of identity theft.”

Donna Brazile, a Black Democratic strategist who headed Al Gore’s 2000 presidential campaign, recalled watching Wednesday’s debate and “thinking, ‘I thank God we have in 2022 three Black members of the United States Senate, regardless of party affiliation,’ because they all spoke uniquely from their own experiences of the journey of Black Americans.”

But it can be a bit overwhelming, said Carol Moseley Braun, who was the first Black woman to serve in the Senate and the only Black person in the entire chamber when she served.

In the end, no amount of pressure from Warnock could sway a single Republican to back the voting rights and election protection bill, or persuade the two balking Democrats, Sens. Kyrsten Sinema of Arizona and Joe Manchin of West Virginia, to support weakening the filibuster to advance it over GOP opposition.

Nor could Scott save his party from the fallout of defending voting restrictions passed by Republican legislatures that Democrats say are intended to disenfranchise minority voters. The South Carolina senator’s ardent defense of Georgia’s new voting law may have been lost amid the repercussions from a faux pas uttered Wednesday by Sen. Mitch McConnell of Kentucky, the Republican leader.

Asked about protests from voters of color over new restrictions, McConnell said, “The concern is misplaced because if you look at the statistics, African American voters are voting in just as high a percentage as Americans.” Critics interpreted the comment as implying that either Black voters are not wholly American, or that the top Senate Republican considered “American” synonymous with white.

In a statement provided to The New York Times on Thursday, McConnell sought to clarify his remarks, saying that he has “consistently pointed to the record-high turnout for all voters in the 2020 election, including African Americans.”

Warnock is the obvious face of the Democratic cause, not because of his skin color but because his tight election victory in 2020 — along with an even tighter win by his colleague, Sen. Jon Ossoff, D-Ga. — gave the party its Senate majority, and because Warnock must face Georgia voters again this November, now under new election rules signed into law by the state’s Republican governor.

Indeed, in an evenly divided Senate where the net loss of a single seat would cost Democrats control, Warnock is perhaps the most endangered Democrat, and the party’s cause célèbre.

“Rev. Warnock is the moral authority and conscience on this issue by virtue of his background, his election and his extraordinary rhetorical capabilities,” said Marc Elias, the party’s top election lawyer. “He speaks for so many people, and articulates what so many people feel in their hearts about the importance of voting rights.”

Last year, at least 19 states passed 34 laws restricting access to voting, according to the nonpartisan Brennan Center for Justice, but in the Senate on Wednesday, Georgia’s law was front and center.

Scott fiercely defended the law — “supposedly the poster child of voter suppression” — as actually expanding access to the ballot, saying Democrats were distorting its effects to inject race into the voting rights fight when their real aim was political power.

He leaned in hard to his biography, which included a grandfather he escorted to the polls because he could not read, to burnish his credentials as he laid into the Democrats’ case for a far-reaching rewrite of election laws that have traditionally been the purview of state and local governments.

Speaking for “Americans from the Deep South who happen to look like me,” the conservative Republican recounted the Jim Crow era that his grandfather had lived through, when literacy tests, job losses, beatings and lynchings kept Black Southerners from the polls. The Georgia law is nothing like the “Jim Crow 2.0” that President Joe Biden and other Democrats have called it, he said.

“To have a conversation and a narrative that is blatantly false is offensive, not just to me or Southern Americans but offensive to millions of Americans who fought, bled and died for the right to vote,” Scott said.

That brought a sharp response from Booker. “Don’t lecture me about Jim Crow,” he said, adding, “It is 2022 and they are blatantly removing more polling places from the counties where Blacks and Latinos are overrepresented. I’m not making that up. That is a fact.”

But it was Warnock who brought to the debate the names of his own constituents: a woman who has not been able to vote for a decade because of long lines and constantly moving polling places; a student who could not vote for him in 2020 because the epic waits near her college would have made her miss class; another who waited eight hours in the rain to cast her ballot.

“One part of being a first of any kind is thinking, ‘How do I educate people?’” said Minyon Moore, who was a political director in the Clinton White House and a senior aide to Hillary Clinton. “I see that as a badge of honor, not a burden, and I know that Sens. Warnock and Booker do too. They have a responsibility to educate and explain. If they don’t do it, who will?”

Warnock, too, brandished his biography, which included growing up in the Kayton Homes housing project in Savannah, Georgia, the youngest of 12 children. His mother picked cotton in Waycross, Georgia, as a child, he said, and “the 82-year-old hands that used to pick somebody else’s cotton helped pick her youngest son as a United States senator” in 2021.

It was difficult enough when he beat the incumbent Republican, Kelly Loeffler, by about 93,000 votes with a huge minority turnout; this November will be worse with the state’s new law, he said.

Georgia’s legislators “have decided to punish their own citizens for having the audacity to show up,” Warnock said, adding, “Those are the fact of the laws that are being passed in Georgia and across the nation.”

Democrats have been wowed by such rhetorical performances, but the senator’s first year in electoral politics has yielded little in the way of victories. The voting rights push that he has framed as a moral imperative has been blocked. Another effort, to secure health care for the working poor in states like Georgia that have refused to expand Medicaid under the Affordable Care Act, got a boost when it was included in the Build Back Better Act that passed the House. But that, too, has been stymied in the Senate.

He was blunt Wednesday, when he said during the voting rights debate that he believed in bipartisanship, but then asked, “Bipartisanship at what cost?”

“Raphael Warnock feels that he went up there with this idea he can work with anyone,” said Jason Carter, a grandson of former President Jimmy Carter who was the Democratic candidate for governor in Georgia in 2014 and speaks regularly to Warnock. “There may come a time where he throws up his hands and says we can’t get anything done. I haven’t heard the frustration boiling over yet.”