I plan on having a conversation with President Xi, says Biden over tariffs on Chinese goods 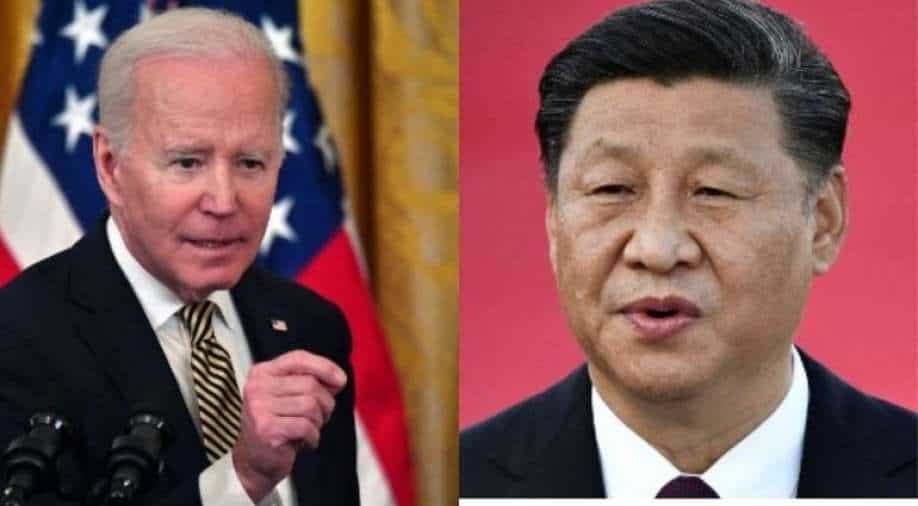 President Biden had last spoken to Xi in March amid the Russian invasion of Ukraine warning the Chinese president against assisting Russia.

As the US considers lifting some tariffs on Chinese goods, President Joe Biden said he would be speaking to President Xi Jinping.

"I plan on having a conversation with President Xi. We haven't set a time yet," the US president said.

Former US President Donald Trump had imposed  25 per cent tariffs on Chinese goods over alleged Chinese unfair trade practices and to protect US manufacturers.

President Biden had last spoken to Xi in March amid the Russian invasion of Ukraine warning the Chinese president against assisting Russia.

Biden's comments come as the US battles historic inflation amid reports of an impending recession. Treasury Secretary Janet Yellen had asserted that recession is not "inevitable" while conceding that the economy may slow down saying that "clearly inflation is unacceptably high".

Yellen had told US lawmakers that the Biden administration would provide more information on the tariff plans as the country battles an economic crisis with high inflation and rising fuel prices.

Watch: Gasoline tax holiday proposed to curb inflation in US

The US Federal Reserve had raised interest rates in an attempt to combat inflation, however, Wall Street stocks tanked over fears of recession. On Tuesday, US stocks bounced back as the Dow Jones Industrial Average rose 2.2 per cent to close at 30,530.25.

Goldman Sachs analysts said there was a 48 per cent chance of a recession over the next two years even as the US Federal Reserve announced a historic 0.75 percentage point hike last week which was the biggest increase since November 1994.