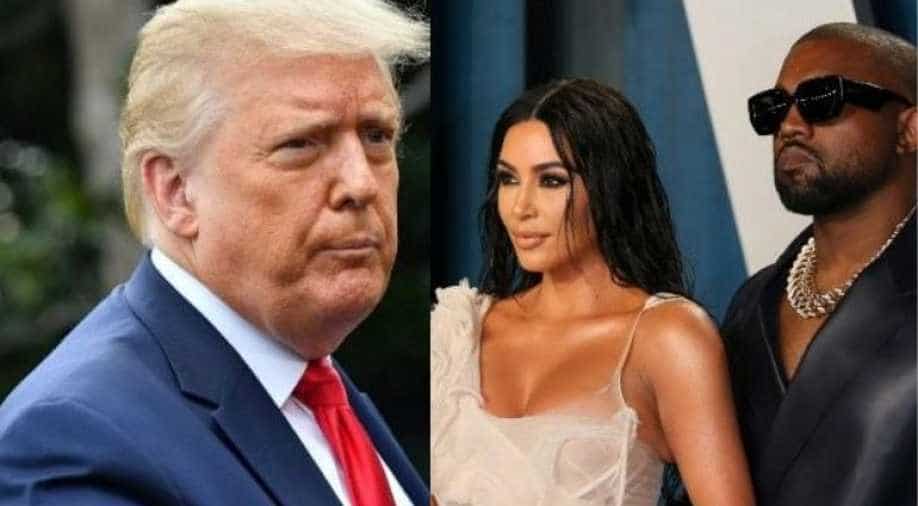 US President Donald Trump praised social media star Kim Kardashian for her efforts on reforming the criminal justice system in the country even as he deflected questions on whether the Republican party was trying to help her husband Kanye West’s presidential bid in the upcoming November elections.

Trump in a press briefing said Kardashian has a "good heart" as reports linked the Republican party of helping Kanye West's presidential bid in "swing states" in the US where Trump is locked in a battle with Democrat presidential candidate Joe Biden.

On Kanye West, the US president said "I like him" while denying reports that he had anything to do with West getting on the ballot.

Trump was, however, all praise for Kardashian asserting that "I like his wife", adding that "his wife recommended certain people to get out of prison. They were in prison for a long time, a long, long time. It should have never happened."

"She’s got a good heart, very good heart. And I like Kanye very much," the US president said. "I don’t have anything to do with him getting on the ballot. We’ll have to see what happens. We’ll see if he gets on the ballot but I’m not involved."

Trump had earlier said that Kanye West's decision on running for president in the November elections was "very interesting". However, the US president said that it was at best a "trial run" for the rapper for his bid four years later, almost dismissing his bid.

Kanye West, 43, has often expressed support for Trump and had visited the Oval Office two years ago to meet the US president wearing a "Make America Great Again" red baseball cap.