'I don't know how that happens': President Biden says there was no way to withdraw from Afghanistan without 'chaos ensuing' 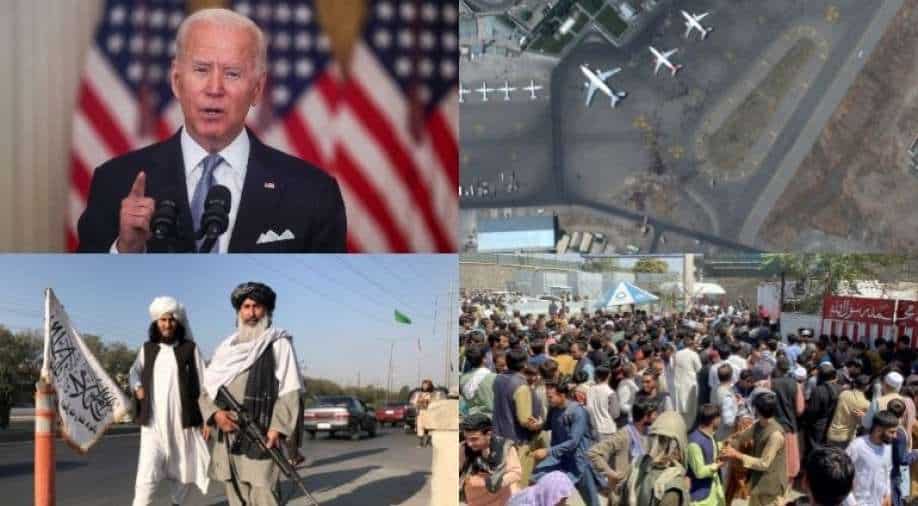 Evacuation of Kabul by the United States Photograph:( AFP )

President Biden told a US network that America is experiencing more difficulty in pulling out those people who helped US troops in the war against the Taliban.

As the United States continued its pullout from Afghanistan, US President Joe Biden said US troops could stay longer in the country to ensure all Americans leave the country.

The US president conceded that America is experiencing "more difficulty" in getting those people who helped the country during the operations.

"They're cooperating, letting American citizens get out, American personnel get out, embassies get out. We're having some more difficulty having those who helped us when we were in there," the US president said.

LIVE: Afghanistan crisis - as it happens

America is set to evacuate thousands of interpreters who had helped the troops during the war with the Taliban.

The US has reportedly evacuated 3,200 people from Afghanistan including embassy officials even as the US administration is targeting to evacuate 9,000 people every day.

"The last president negotiated a year earlier that he'd be out by May 1 and that the return, there'd be no attack on American forces. That's what was done. That's why nothing was happening," the President told the Amerian network.

"I had a simple choice. If I said, 'we're gonna stay,' then we'd better be prepared to put a whole lot hell of a lot more troops in," Biden said.