I believe in fact-based campaigning and reality-based governance: Obama's dig at Trump 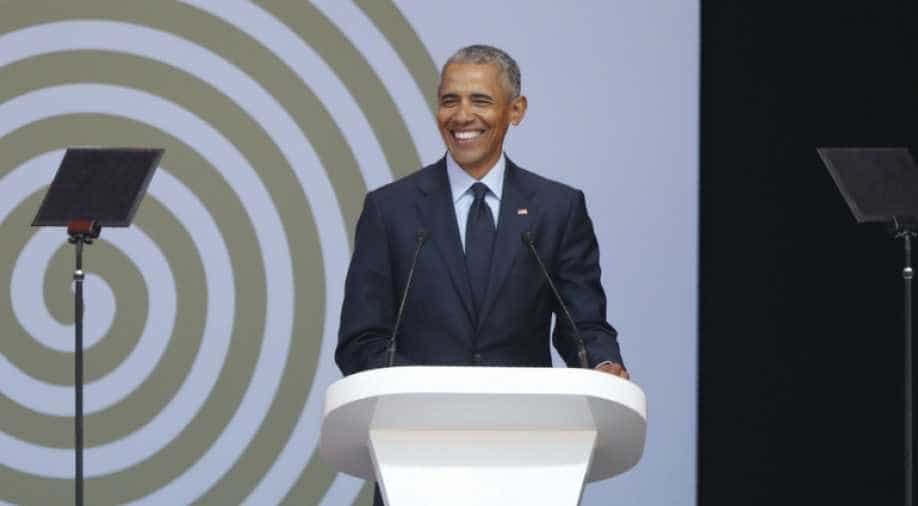 Obama said he ensured that the wealthiest paid "fair share of taxes" during his presidency.

Ahead of the crucial midterm elections, former US president Barack Obama speaking at campaign rally in Gary, Indiana reminded voters on the state of the US economy after the 2008 financial crisis in a bid to win over voters.

"When I came into the presidency, you remember Republicans had been in one of those periods of retrenchment, and they had been cutting taxes for the rich. And they've been cutting rules for big banks and polluters. And we had been hit by the worst financial crisis in our lifetime," Obama said at the rally.

Obama said he ensured that the wealthiest paid "fair share of taxes" during his presidency. "So by the time I left office, wages were rising, the uninsured rate was falling, the economy created more jobs in my last 21 months, than it has in the 21 months since I left office," he said.

"When folks when you hear these Republicans bragging about how good the economy is - where did you think that started?" Somebody had to clean that up," he asserted.

Taking a dig at President Trump, Obama said: "Unlike some people, I don't just make stuff up when I'm talking."

Democrats need 23 seats to capture the majority in the US House of Representatives with several forecasters favouring the Democratic Party.

"They promised they were going to take on corruption in Washington. Instead, they've racked up enough indictments to field a football team," he said.

"I believe in fact-based campaigning. I believe in reality-based governance. So cutting Medicare and Social Security in order to pay for a billionaires tax cut does not sound like fighting for the little guy to me."