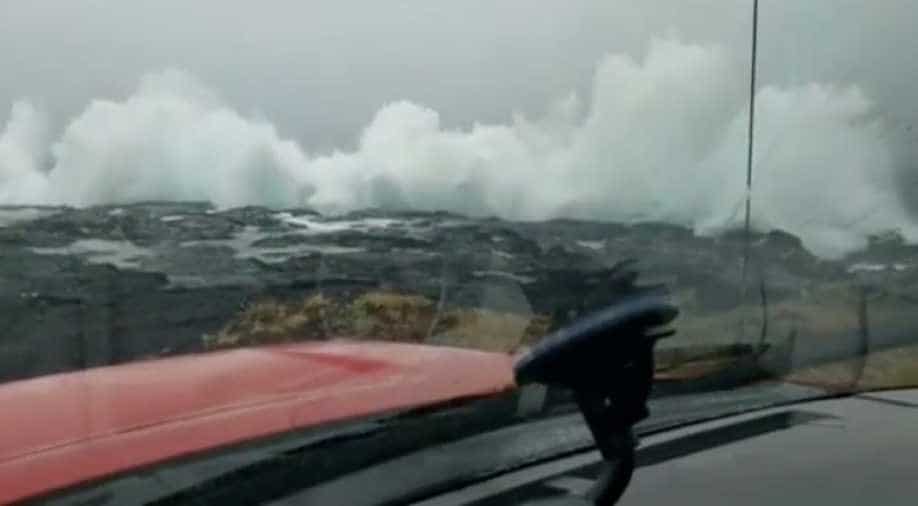 High winds and torrential rains from Hurricane Lane pounded Hawaii on Thursday (August 23), touching off flash floods, landslides and heavy surf as it spun toward the islands.

Moving northwest at 7 miles per hour (11 km per hour), it was classified as a powerful Category 4 storm on the five-step Saffir-Simpson scale, packing sustained winds of 130 mph (209 kph).

With Lane still churning in the Pacific Ocean about 140 miles (225 km) southeast of Kailua-Kona, more than a foot (30 cm) of rain had already fallen on the eastern side of the Big Island of Hawaii, said Kelly Wooten, a spokeswoman for the Hawaii County Civil Defense agency.

There were no immediate reports of injuries, but at least 14 roads had been closed because of flash floods and landslides in the Pacific island state, she said. Tourists were advised to stay away from a popular attraction on the island of Maui called the Seven Sacred Pools, a scenic cluster of waterfalls and grottos.

Moving northwest at 6 miles per hour (10 kph), the tempest was downgraded on Thursday afternoon Hawaii time to a Category 3 storm on the five-step Saffir-Simpson scale, packing sustained winds of 125 mph. Earlier in the day Lane had been ranked as a Category 4.

The latest predictions showed the eye of the storm twisting west of the Big Island on Friday morning before glancing past Maui and several other islands later in the day, on its way to Oahu. But authorities warned that Lane was moving erratically and that the islands could still expect to be hit hard by the erratic hurricane.