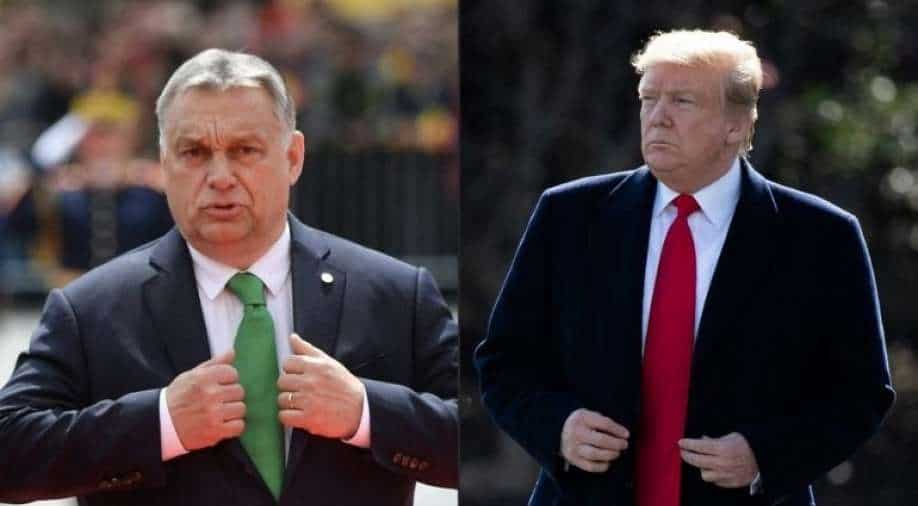 Trump has not yet responded to the invitation, however, if he agrees, the visit would be his first abroad since he lost the 2020 presidential election

A think tank linked to the Hungarian government of Prime Minister Viktor Orbán has invited Donald Trump to visit Hungary.

This Center for Fundamental Rights' invitation comes as Orbán prepares for a closely fought election due on 3 April. In what is expected to be the biggest challenge to his rule since he was elected prime minister twelve years ago, Orbán Fidesz party faces a united opposition coalition.

The Guardian reports that the far-right Hungarian prime minister hopes Trump's visit to Budapest in the coming weeks will help him in his reelection campaign.

Trump has not yet responded to the invitation, however, if he agrees, the visit would be his first abroad since he lost the 2020 presidential election.

Having the former US president visit in person would be considered a significant campaign boost.

Orbán was an early supporter of Trump, endorsing him as early as summer 2016, and he has publically backed him in the 2020 elections. Donald Trump endorsed Orbán publicly for the April election after speaking with him by telephone in January.

“These visits have a huge influence in the Hungarian conservative community, because they see [Trump] as an icon, as someone who spent his presidency in a strong headwind,” said a source close to Fidesz.

An ex-Republican staffer claims that Trump is known to be fear contracting Covid while travelling abroad and may prefer to stay at home.

The Conservative Political Action Conference (CPAC) is being held in Budapest, Hungary, from 25-26 March, and it's likely that Trump has been invited for that. A European country will host the flagship conservative event for the first time.

A number of US senators will attend the conference, as will Santiago Abascal, the leader of the Vox party of Spain, and Eduardo Bolsonaro, Jair Bolsonaro's son, according to Miklos Szanthó, the director of the Center for Fundamental Rights.

During a meeting at the White House in 2019, Trump told Orbán that the two men were similar: "You're respected all over Europe. Probably a bit like me, a little bit controversial, but that’s OK”.

According to David Cornstein, a long-term friend of Trump who served as ambassador to Hungary, Trump admired Orbán for his strongman image and his control of the Hungarian political scene. Cornstein commented in 2019 that Trump would love to be in the position Viktor Orbán enjoys.

Orbán's relationship with Washington soured after Trump left office. Relations with the Trump camp, however, have remained positive. In the recent Democracy Summit hosted by Joe Biden, Hungary was the only EU member that was not invited.