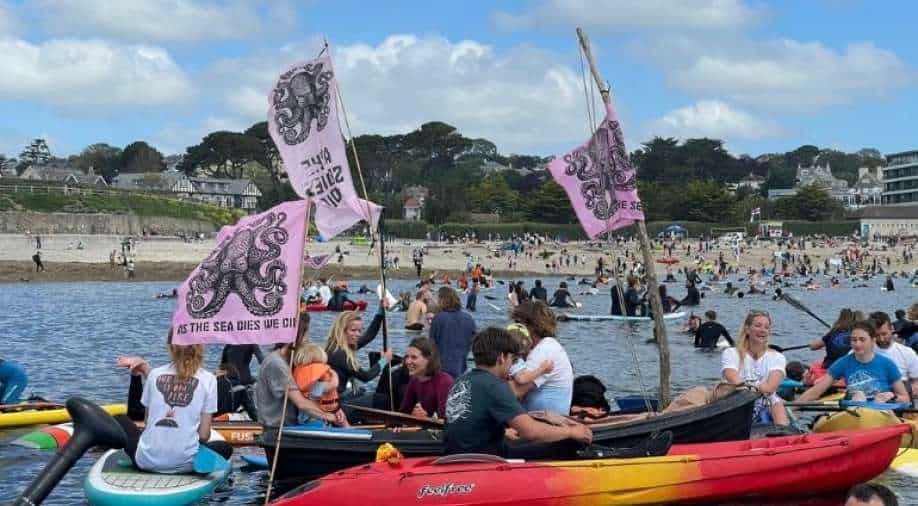 Organisers Surfers Against Sewage estimated that some 500 protesters took part

Hundreds of ocean activists staged a mass paddle-out off the coast of Falmouth on Saturday (June 12), calling on G7 leaders to put ocean health at the heart of the ongoing summit.

Surfers of all ages, some even with their doggy companions, took to the seas with surfboards, paddleboards, kayaks and placards to demand that world leaders acknowledge the ocean's crucial role in tackling the climate crisis and calling for it to be at the forefront of COP26 climate negotiations in November.

Organisers Surfers Against Sewage estimated that some 500 protesters took part.

Leaders from the United States, Japan, Italy, Germany, France and Canada joined British Prime Minister Johnson on Friday (June 11) for the three-day summit in the nearby seaside resort of Carbis Bay.

Their meeting has provided an opportunity for campaign groups to highlight the issues they say the G7 must address.