Hundreds in Indonesia celebrate New Year by getting married 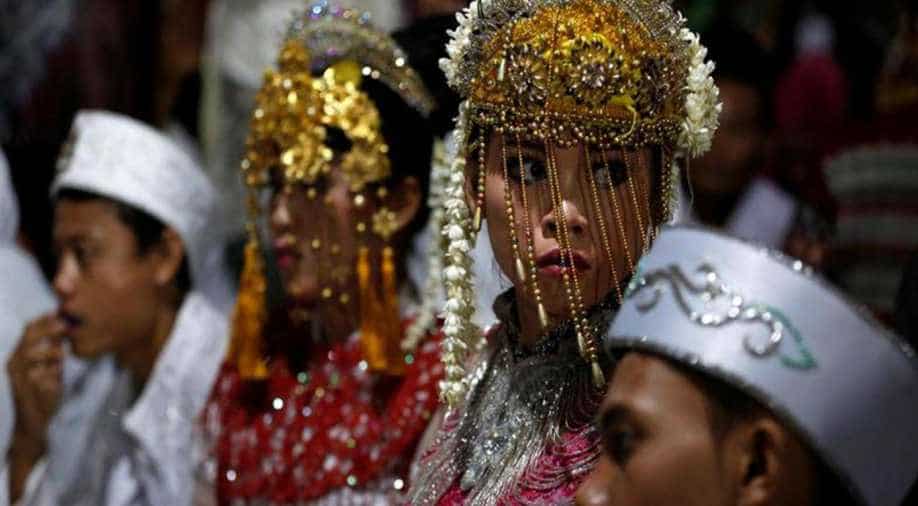 Nearly 450 couples gathered in a large tent in the city centre just hours before midnight to pray with their families before signing marriage certificates. Photograph:( Reuters )

Everyone has their own style of celebrating New Year's Eve but the Indonesian style takes away the cake for being the most innovative.

On Sunday night, hundreds of couples gathered in Jakarta's city centre in what was a mass wedding ceremony.

Almost 450 couples came to be a part of this ceremony which took place in a large tent just hours before midnight.

The couples gathered to first offer their prayers before signing marriage certificates which were overlooked by government officials.

As reported by Reuters, Hartiningish, a 38-year-old East Javanese bride said, "We wanted an unforgettable experience and we're so happy that we decided to participate today."

Her husband, Ricky Rangga, 30, said the couple was grateful to the city administration for making the wedding possible.

The tent was smartly decked up to look like a wedding function with a live band performing a set of traditional and pop music in the background.

Speaking on the occasion, Jakarta Governor Anies Baswedan congratulated those who participated and said the "city would now host the event every New Year’s Eve". The city government raised donation funds to pay for token gold dowries for the couples to exchange.

It is locally said that grooms in Indonesia traditionally have to present gold jewellery or money to brides on the wedding day.