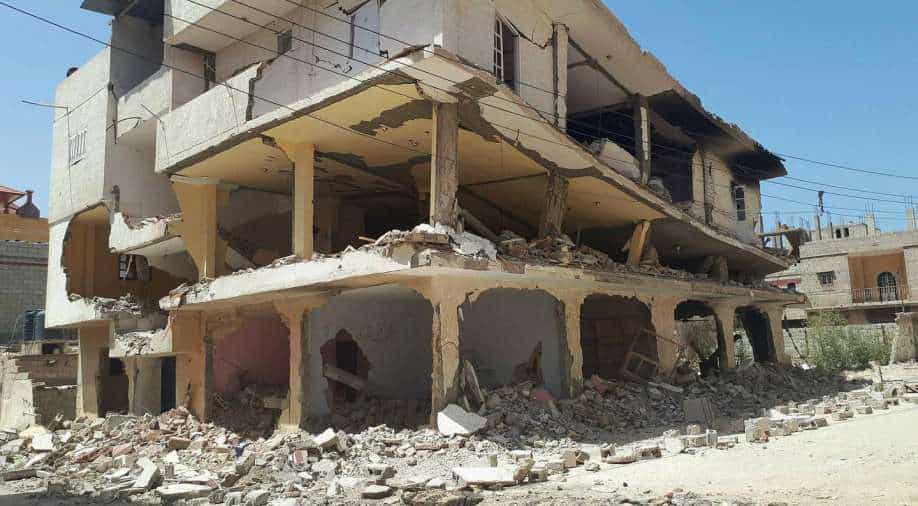 Egyptian troops have demolished more than 12,300 buildings in the Sinai Peninsula since 2013 in a campaign of forced evictions that likely amount to "war crimes", Human Rights Watch said Wednesday.

HRW said the demolitions and forced evictions "are violations of international humanitarian law, or the laws of war, and likely amount to war crimes".

The militants profess loyalty to the Islamic State group, the jihadist organisation which proclaimed a "caliphate" straddling Syria and Iraq in 2014 before succumbing to multiple offensives.

Most of their attacks have been in the Sinai Peninsula but they have also used the territory as a launchpad for attacks elsewhere in Egypt.

In February 2018, the government launched a nationwide operation against militants, focused on North Sinai.

"The demolitions and evictions reflect an abusive official mentality that dismisses the well-being of Sinai residents, which is key to the region's security and stability," HRW's deputy Middle East and North Africa director Joe Stork said.

HRW said analysis of satellite imagery collected between December 2017 and July 2020 showed the army had been clearing a buffer zone around the airport in the North Sinai provincial capital El Arish.

It said compensation payments for evicted residents had been slow and opaque with "thousands never listed".

There was no immediate response to the allegations from the Egyptian authorities.

A previous report published by HRW in 2019 detailing "serious abuses" by the army against civilians in North Sinai drew angry denials from Cairo.

Dozens of security personnel have been killed in North Sinai since February 2018, according to official figures.

The army says some 970 suspected militants have also been killed.

But the province has remained largely closed to journalists, making the compilation of independent casualty figures  almost impossible.