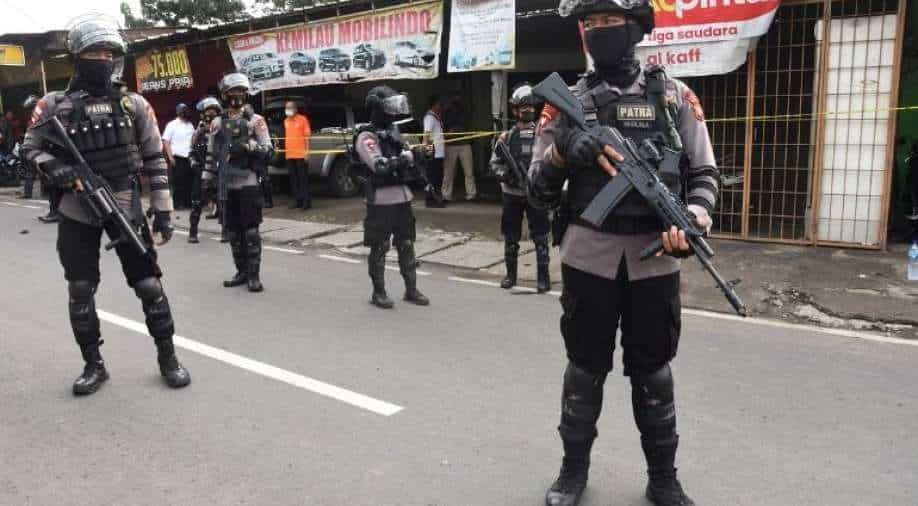 Guests say it was an auspicious event when Muhammad Lukman married his wife in August on the Indonesian island of Sulawesi.

On the day of Palm Sunday, the newlyweds strapped themselves with pressure cooker nail bombs and detonated them while driving into the Sacred Heart of Jesus Cathedral in the provincial capital of Makassar.

In January, their wedding host was shot dead by counter-terrorism forces.

The couple was the only fatalities in the suicide blast, but it tells about the dangerous legacy that Islamic State has brought into Southeast Asia.

This was the third attack in Indonesia in recent years when a husband and wife were the suicide bombers.

As many as 28 people were killed in May 2018 when six people from an Indonesian family, including four children, detonated explosives at many churches in Surabaya.

Less than a year later, Rullie Rian Zeke and his wife Ulfa Handayani Saleh, launched attacks at a cathedral in Jolo in the southern Philippines in which 23 people lost their lives and over 100 others received injuries.

"This is the unique legacy of ISIS promoting the rise of familial terrorism," Noor Huda Ismail, a visiting fellow at the S. Rajaratnam School of International Studies, was quoted as saying by news agency Reuters.

"A number of Indonesians joined ISIS as family members."

Over 1,100 Indonesians left the nation to recruit into ISIS, sometimes taking their entire families, including infants, Sidney Jones, director of the Jakarta-based Institute for Policy Analysis of Conflict (IPAC) said.