How Saudi Arabia and Pakistan are influencing UN's counter-terrorism wing 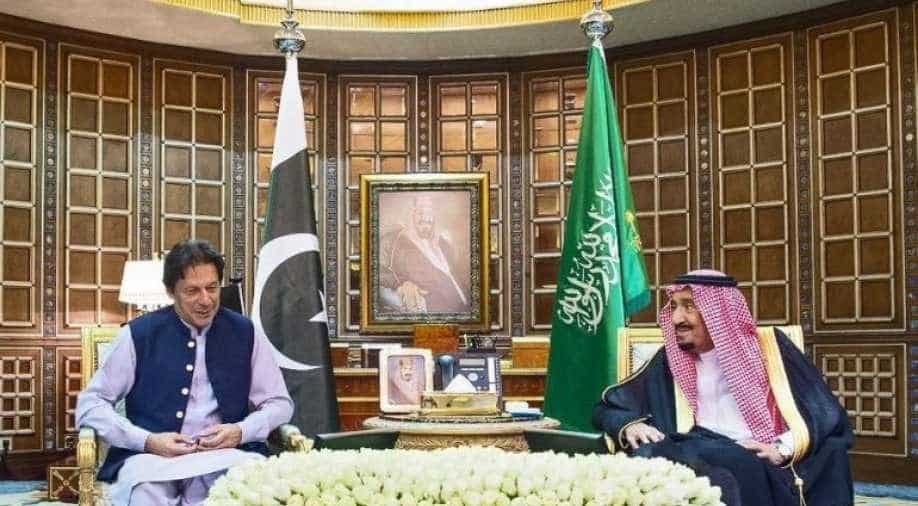 Pakistan and Saudi Arabia have an illustrious record when it comes to terrorism. And now they control the UN office that is supposed to ensure international cooperation against terrorism

Saudi Arabia and Pakistan have both been known to finance terrorists, providing them safe havens. Both the countries are also linked to major terror attacks -   9/11 in the US and 26/11 in Mumbai. And now both these countries may be controlling the United Nations office for counter-terrorism.

Pakistan and Saudi Arabia have an illustrious record when it comes to terrorism. And now they control the UN office that is supposed to ensure international cooperation against terrorism.

A new report claims that Saudi Arabia wants to influence counter-terrorism efforts at the United Nations through big donations, and that an international civil servant of Pakistani origin, Jehangir Khan is the director of this branch of the UN.

This centre survives on donation because what it gets from the UN budget covers only 4 per cent of its expenses, while the rest of the money comes from member states. And Saudi cash makes up 47 per cent of the entire fund.

So why does Riyadh spend so much money on it?

The report also says Saudi Arabia's influence and power is hard to measure. For instance, Saudi Arabia decides who will be in-charge. Its ambassador to the UN has been the chair of this centre's advisory board since 2012. Saudi Arabia decides where meetings will be held, and at least two board meetings of this centre have taken place in Riyadh. One meeting that took place in 2018 was attended by Secretary General Antonio Guterres.

Saudi Arabia also decides how the money will be spent. In 2018, the UN conducted an internal audit of the centre, which the Saudis did not like. Another audit was then ordered. A proposal in the original audit report recommended a new system of functioning which would have limited Saudi Arabia's influence. It said that the role, membership and working methods of the centre should be reviewed and that its funding should be diversified.

An insider in the ruling Saudi elite feels that Riyadh doesn't "get much" from the UN centre for its money. And this is where Pakistan comes in. Jehangir Khan is the director of the United Nations counter-terrorism centre. He is said to have close ties to Saudi Arabia and Pakistan. The report calls him "the Saudi whisperer". However, there is no direct evidence against Jehangir Khan which says that he's influencing the UN counter-terrorism efforts on behalf of Saudi Arabia or Pakistan.

Jehangir Khan started his career as an international diplomat with the Saudi Arabian mission to the UN, and has now completed 20 years in the organisation.

According to one claim Khan is goal oriented but secretive. Another person says he takes over projects that will "satisfy the Saudis". High level UN staff members are required to file a financial disclosure form. But it’s upto them whether they want to make it public or not.

Jehangir Khan has kept his financial disclosures private. As a UN servant Jehangir Khan was able to purchase two apartments in the Trump world tower at the UN Plaza, properties worth well over three million Dollars. Khan denies all charges of impropriety.

In 2016 the former UN Secretary General Ban Ki Moon made a very serious accusation and said that Saudi Arabia was exerting unacceptable and undue pressure on the UN. This was after the Saudi led military coalition for Yemen was blacklisted. When the Saudi coalition was found responsible for the deaths of hundreds of children in the war, Riyadh threatened to cut funding to UN programmes. Owing to this, UN removed the Saudi-led coalition from the blacklist.

As of July this year Saudi Arabia is the world's largest donor to the UN counter-terrorism office. A few years back, Saudi Arabia was also the head of the UN Human Rights Council.