The study addresses the growing concern about how companies from technology platforms to retailers have been collecting and monetizing personal data.

A recent study has revealed how much people in various countries value their private information and at what price will they be ready to part with it.

It is the first study that attempts to quantify the value of online privacy and data. It assessed how much privacy is worth in six countries by looking at the habits of people in the United States, Germany, Mexico, Brazil, Columbia and Argentina.

The study has been conducted by US-based think tank the Technology Policy Institute (TPI).

The study found Germans want to be paid more for letting technology platforms share their personal data with third-parties followed by US consumers.

German Facebook users would want the social media platform to pay them about $8 per month for sharing their contact information, while US users would only seek $3.50.

The study addresses the growing concern about how companies from technology platforms to retailers have been collecting and monetizing personal data.

"Differences in how much people value the privacy of different data types across countries suggests that people in some places may prefer weaker rules while people in other places might prefer stronger rules," Scott Wallsten, president and senior fellow at TPI said.

"Quantifying the value of privacy is necessary for conducting any analysis of proposed privacy policies," he said.

A technology platform, on average, across all people the study assessed, would have to pay consumers a monthly $8.44 to share their bank balance information, $7.56 to share fingerprint information, $6.05 to read an individual's texts, and $5.80 to share information on cash withdrawals.

By contrast, people wanted to be paid only $1.82 per month to share location data and nothing to be sent advertisements via text messages. 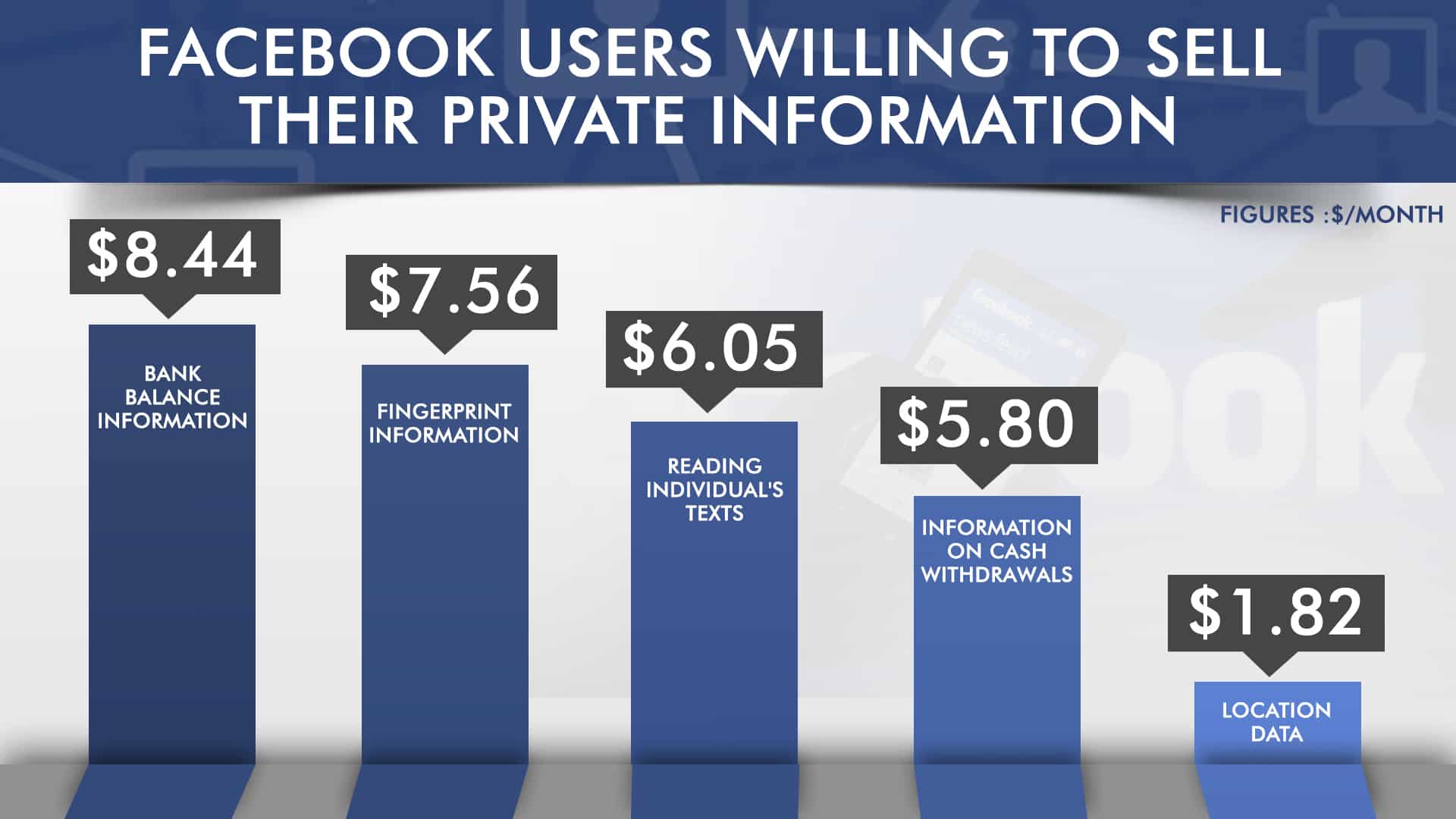 (In photo: A graphical depiction of the data compiled in the study)

The study found Latin American consumers have a preference for seeing advertisements on their smartphone, in contrast to US residents and Germans.