How community fridges in Los Angeles are helping coronavirus-hit people 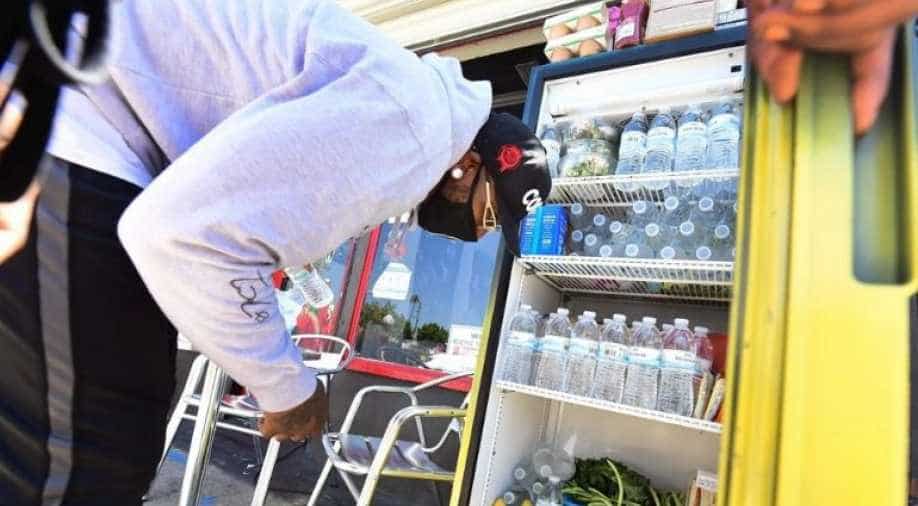 These are placed to help the needy and the people who are hard hit economically because of the pandemic.

Imagine yourself walking on a sidewalk in Los Angeles, US and coming across a nice refrigerator stored with milk, fruit, vegetables, chicken, and other items which can be taken for free.

The idea looks crazy but you will find several of these "community refrigerators" in Los Angeles, which are placed outside to help the needy and the people who are hard hit economically because of the pandemic.

There are no lines, no forms and are kept unlocked so that people can take as much food 24*7 as they want without any hassle.

"If you need to empty the fridge, no one will judge you. If you need to take one tomato, or you only put one tomato in there, do it," Marina Vergara, an organiser for LA Community Fridges, said, reported AFP.

Vergara, whose initiative has set up seven such appliances, adds that that the concept came to make "this kind of aid more accessible".

New York came up with the idea of these kind of fridges which can be used any time of the day and people could either take or donate food.

The fridges are creatively painted and some people also put shoes and clothing inside them.

California was amongst the first states to impose lockdown to prevent the virus spread, but in recent weeks, the state is witnessing huge infections, particularly in Los Angeles county.

Los Angeles has also very high levels of homelessness and economic woes brought in by the coronavirus pandemic has added insult to the injury.

Vergara, who started this initiative with an organisation called Reach for the Top, which helps the homeless, explained how some people are ashamed to go to food banks and added immigrants fear doing them increase risk of deportation.

"In a lot of communities, it strips away your pride," Vergara said, who aims to set up more of these refrigerators.

She believes her efforts bring "the freedom of being able to go to a community fridge at any time, whether it's five in the morning or five in the evening."

Afghanistan: In order to address "near universal poverty," NGOs demand assets to be unfrozen