How China is stepping up investments in West Asia 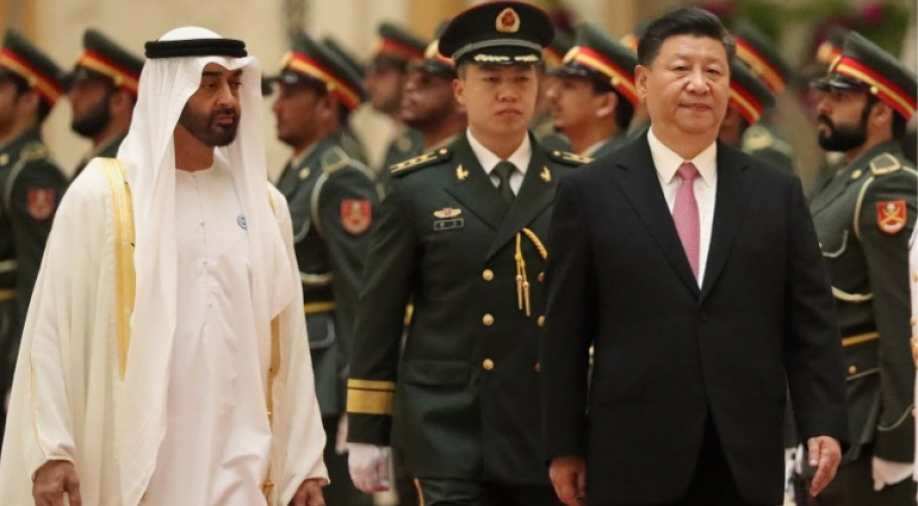 West Asia is central to china's belt and road initiative, Chinese President Xi Jinping in his six-year tenure has personally put a lot of effort into enhancing ties with the Arab world.

The history of trade relations between China and the Arab world goes back to centuries. In ancient times, the Ottoman and Arab empires were the bridge between east and west along the Silk Road and it is the very trade route, Beijing now aims to revive.

West Asia is central to China's belt and road initiative, Chinese President Xi Jinping in his six-year tenure has personally put a lot of effort into enhancing ties with the Arab world.

His strategy is based on four main pillars -- energy cooperation, infrastructure, trade facilitation and technology.

Seaports are the gateway for the Chinese belt and road initiative -- and Washington is increasingly worried since Beijing is courting long-standing American ally.

In the recent visit to Israel, US national security advisor John Bolton had China on top of the agenda.

During his visit, Bolton expressed concerns about the transfer of Israel's military technology to China, and about possible eavesdropping on callers using Chinese equipment, in particular, Huawei.

The Shanghai international port group, in which the Chinese government has the majority stake, will take control over the Israeli port of Haifa in 2021.

Chinese companies are completing the new container terminal in the Khalifa port which is set to double its capacity.

The bilateral trade is expected to reach 58 billion dollars in 2019.

China buys 70 per cent of its oil from the gulf and is working on free trade. Meanwhile, the UAE  has granted shares of onshore and offshore oil blocks to Beijing.

No wonder, Xi Jinping was the first Chinese president to visit the Emirates in 30 years.

But this is not only about the oil-rich Gulf.

Jordan is in advanced talks with China national nuclear corporation to build its first nuclear reactor.

Shifting from the traditional non-interference strategy, Beijing has also stepped into the long-standing Palestinian issue.

Last year in July Chinese President announced $15 million in aid to Palestine to "support the development of its economy".

Palestine imports five-hundreds million dollars worth of Chinese goods every year. China is also the second largest supplier to the isolated Gaza Strip.

Beijing also supports the establishment of an independent Palestinian state with east Jerusalem as its capital and in return, Arab countries adhere to the one-China policy avoiding any relationship with Taiwan.

Meanwhile, the Indian government is aware of China's territorial game in West Asia.

Prime Minister Narendra Modi has travelled five times to the region to secure agreements with the Gulf countries, which are India's traditional economic partners.

However, New Delhi must keep looking west if it wants to effectively counter China's aggressive designs on the region.