How bank regulators are trying to oust a Trump holdover 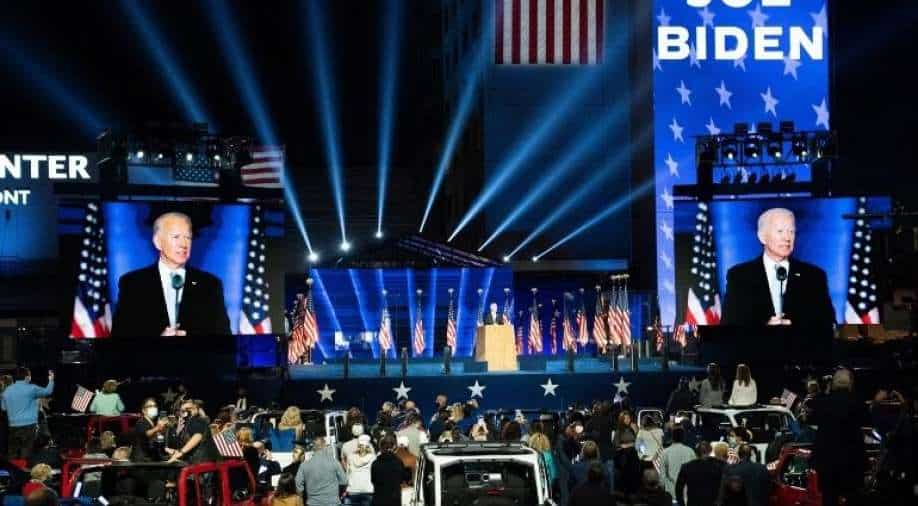 After Biden had been declared the winner of the presidential election, Jelena McWilliams, chair of the Federal Deposit Insurance Corporation, rushed through a change to a rule governing certain bank deposits, knowing that once Biden was able to make appointments to the FDIC board, the rule would not have the votes to succeed

The request for information seemed mundane enough — the kind of thing bank regulators put out occasionally in the course of their duties.

Its intent, though, was anything but.

On Thursday, two board members of the Federal Deposit Insurance Corporation announced a notice seeking public comment on the subject of bank mergers. The notice wasn’t actually on the FDIC’s own website. Soon afterward, the FDIC issued a statement that it had not approved any such request.

The standoff was a small sign of a bigger rift brewing at the FDIC, which has a hand in overseeing all U.S. banks but focuses closely on the smallest ones. The chair of the FDIC, Jelena McWilliams, is a Republican and a Trump appointee — one of the few remaining in an alphabet soup of federal bank regulators that includes the Consumer Financial Protection Bureau and the Office of the Comptroller of the Currency.

The others on the FDIC board — including Martin J. Gruenberg, a longtime member of the FDIC board, and Rohit Chopra, the newly confirmed director of the consumer bureau — are Democrats. And by posting a notice Thursday without McWilliams' approval, they took a step to assert their power over the organization she leads.

Their ultimate goal, experts say, is to paint McWilliams' resistance to posting the notice as justification for gaining control of the board and potentially even removing her.

“This is the first shot across the bow, seeing what the chairman’s response might be,” said Todd Phillips, a director at the progressive think tank the Center for American Progress, who has argued that Democrats should take control of the FDIC’s board away from McWilliams. “If they do end up being victorious on this issue, I think we’ll see the progressive directors throwing their weight around to move the FDIC in a direction that it hasn’t been in the past few years.”

On Thursday and Friday, progressives took pains to emphasize that the FDIC’s move was not simply a power grab and that they really did care about bank mergers.

“The FDIC has a responsibility to make sure that banking markets are healthy and competitive,” said Sen. Sherrod Brown, D-Ohio, chair of the Senate Banking Committee. He endorsed the board’s move.

The FDIC is governed by a five-member board whose members serve six-year terms. Its political makeup is supposed to generally allow input from both parties. At any time, a fully seated board will consist of two Republicans, two Democrats and a chair appointed by the president for a five-year term. One of the five seats is currently empty; the others are held by McWilliams, Gruenberg, Chopra and another bank regulator, the acting comptroller of the currency, Michael Hsu, also a Democrat.

Under McWilliams, the FDIC has adhered to Republican ideological lines on topics such as climate change and a general tendency to let banks take on more risk while holding less capital in reserve. If she left, the FDIC would very likely embrace President Joe Biden’s agenda, which involves shifting the federal government’s stance on big issues like climate change and income inequality.

In December 2020, after Biden was declared the winner of the presidential election, McWilliams rushed through a change to an FDIC rule governing certain bank deposits. She circulated the final version of the proposal at midnight on the day before the board had to vote on it. Once Biden was able to make appointments to the FDIC board, the rule would not have had the votes to succeed.

And in late October, she abstained from a vote on adopting a report on the risks climate change poses to the U.S. financial system by the Financial Stability Oversight Council, a body composed of the heads of various financial regulators that was created in the wake of the 2008 financial crisis. McWilliams said she did not think the oversight council’s staff had been given enough time to research and write the report. But her decision was widely viewed as an indication that she would continue to remain loyal to Republicans.

The FDIC board members’ internal disagreement spilled into public view Thursday afternoon after Gruenberg, Chopra and Hsu voted over email to produce a request for public comment on the subject of bank mergers — and then posted their notice on the website of the consumer bureau, which Chopra runs.

“Although there has been a significant amount of consolidation in the banking sector over the last thirty years, fueled in large part by mergers and acquisitions, there has not been a significant review of the implementation of the Bank Merger Act by the agencies in that time,” the board members wrote at the beginning of their request.

The trio argued that the FDIC had contributed to the overall instability of the banking system when, in 2008 and 2009, it encouraged regional banks to buy up smaller institutions that had failed as a result of the global financial crisis.

Then came the fireworks. The FDIC’s public affairs office, which McWilliams controls, released a statement:

“Earlier today, the Consumer Financial Protection Bureau (CFPB) posted on its website a document, purportedly approved by the FDIC, requesting comment on bank mergers,” the statement, which was not attributed to any person, said. “No such document has been approved by the FDIC.”

For several weeks, McWilliams and her staff had been privately trying to counteract Chopra and Gruenberg, according to two people briefed on the matter who were not authorized to speak publicly. After learning of the effort to create a bank mergers public information request, McWilliams proposed an alternative text for the document, the people said, which the other board members quickly rejected.

When the voting process for the proposal began in late November, McWilliams did not vote, claiming that the process had violated procedure and no vote would be valid, the people said.

On Thursday, senior FDIC officials said they would not complete the process needed to make the information request official. They said the move by the two Democrats did not follow proper procedure and was therefore invalid.

“It is clear under the statute that the majority of the FDIC board of directors has authority to place items on the agenda for Board meetings and, alternatively, to circulate and act on notational votes, to implement actions of the board,” he said in a statement emailed to journalists Thursday. “No individual member of the Board may override the authority of the majority.”

An OCC spokesperson declined to speak directly about the vote, saying only that Hsu wanted to “work collaboratively with other regulators” on bank merger issues.

The two people familiar with the matter said that Chopra and Gruenberg would most likely have to sue McWilliams if they want to advance the matter further.

Hours after the two statements came out, Pat Toomey of Pennsylvania, the highest-ranking Republican member of the Senate Banking Committee, called the move a “failed, publicity-seeking attempted coup.”

Another Republican on the committee, Mike Crapo of Idaho, said in a post on Twitter on Friday that the progressive board members’ actions were “illegitimate.”

Norbert Michel, a director at the libertarian think tank the Cato Institute, said it was not clear that McWilliams' refusal to go along with the bank merger information request would even count as justification for firing her.

“The statute, in terms of getting her out, and getting her staff out, says you have to have no confidence that she will implement what she’s required to implement,” Michel said. The current situation did not count because it was not a directive from Biden, he said. Not even the Financial Stability Oversight Council climate report, Michel said, contained enough concrete policy prescriptions to make it count as something McWilliams was refusing to carry out.