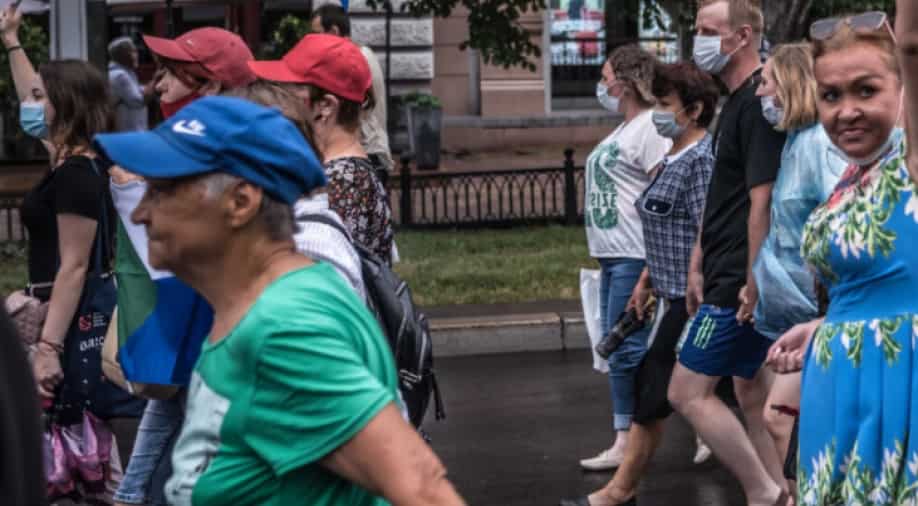 A salmon crisis in Russia's Far East -- to be precise, the region around the endless estuary of the Amur River on Russia’s Pacific coast -- added to the ongoing protests in Khabarovsk against the replacement of Governor Sergei Furgal with a Kremlin official.

Thousands of residents of Khabarovsk have been protesting against the replacement of Governor Sergei Furgal with a Kremlin official since July. What added to these protests was a salmon crisis in Russia's Far East -- to be precise, the region around the endless estuary of the Amur River on Russia’s Pacific coast.

The Amur is one of Asia’s great waterways.

It is a piece of commercial fishing infrastructure where Russians feel cheated, lied to and ignored. The wild salmon fishery that they once took for granted is gone. They blame it on Kremlin as it granted large concessions to enterprises that strung enormous nets across the river’s mouth.

People’s anger over their depleted fish stock is so widespread that it has been a driving force behind the anti-Kremlin protests that have been shaking the Far Eastern city of Khabarovsk, on the Amur, since early July.

This also makes for one of the reasons the Russians turned away from Putin.

These companies that were given the rights to installed huge, stationary nets in the estuary and at the river’s mouth.

The protests, now in their second month, are driven by regional pride and economic frustration -- Salmon had been part of life here for generations, and now Moscow had taken it away and offered nothing in return.

According to a New York Times report, in the regional parliament, the speaker, Irina Zikunova, said that many Khabarovsk residents “are guided by impulse, are guided by emotions, are guided by feelings” rather than by facts.

The fundamental issue, activists say, is poor federal oversight that failed to detect a natural decline in the wild salmon population after the large catch in 2016.

The apparent failure of governance implies more expensive fish for Khabarovsk residents -- a parable for all of Russia. The protests in Khabarovsk show how easily public anger over those failures can now boil over.