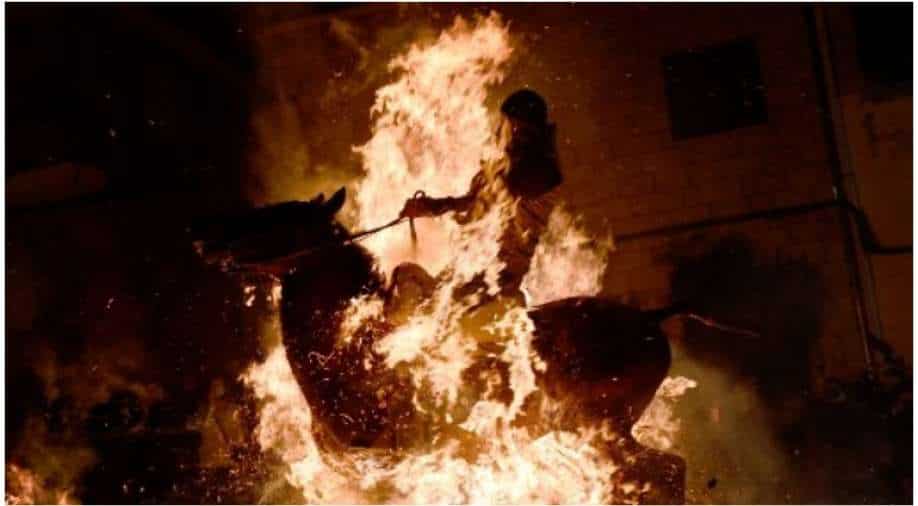 A horseman rides through a bonfire in the village of San Bartolome de Pinares in the province of Avila in central Spain, during the traditional religious festival of "Las Luminarias" in honour of San Antonio Abad (Saint Anthony), patron saint of animals, on January 16, 2022. Photograph:( AFP )

Las Luminarias, the Spanish festival was held for the first time since the start of Covid pandemic. Celebrations of the purification festival saw horsemen jumping through bonfires

Las Luminarias, the Spanish festival made a comeback on Sunday (January 16). About 100 horses jumped through bonfires in a purification ceremony. This was the first time that the festival was organised since the start of the Covid pandemic.

It was cancelled last year because of pandemic restrictions.

Revellers rode their horses through the narrow cobble-stoned streets, which according to tradition, purifies the animals with the smoke and flames of the bonfires for the coming year. 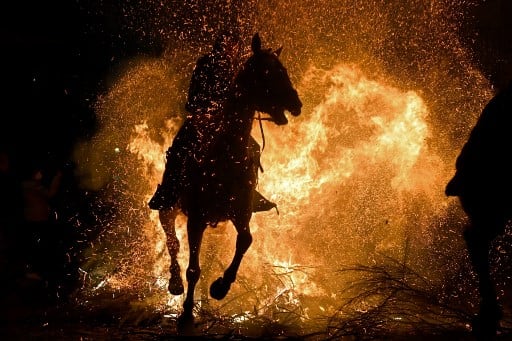 After an hour of horses jumping over flames, revellers then took to dancing and drinking.

"This comes from thousands of years ago. So that animals did not get unwell, the old priests would bless them with fires so that they would jump and be purified," said Fermin Abad, 64, a local resident.

About 100 horses and their owners took part in the festivities, Reuters witnesses said.

Despite coming under criticism from animal rights groups over the years, organisers told Reuters that the horses were not harmed due to precautions taken by riders to cut horse hair to avoid burns.