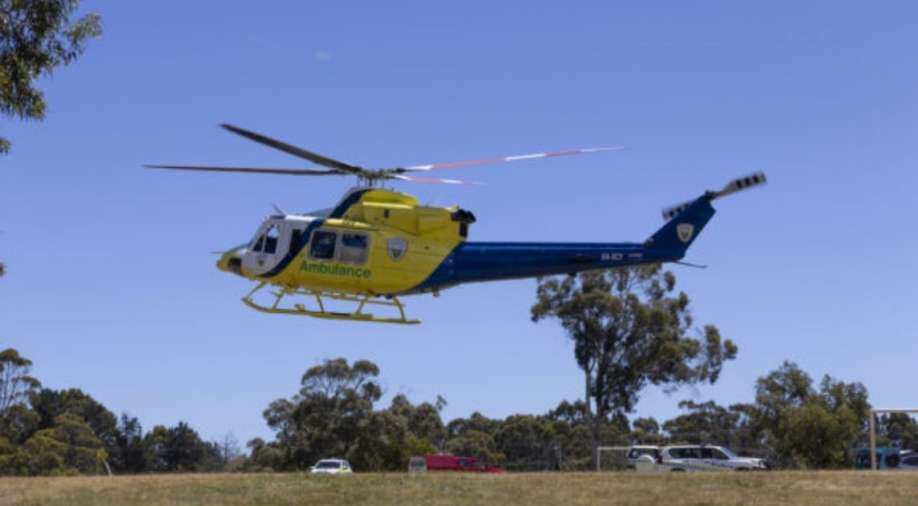 Reports stated that children belonged to grade 5 and 6 and were about 10-12 years old. Photograph:( Twitter )

At least five school children were killed and some were badly injured in an accident in Australia as their jumping castle was thrown into the air after a gust of wind picked it up.

The heartbreaking incident happened on Thursday (December 16) during an end-of-year party when they were celebrating the last week of class before Christmas break in a primary school in Devonport, northern Tasmania.

ABC reported that the children fell from a height of 10 metres when the bouncy castle was picked by the wind at Hillcrest Primary School in Devonport. Reports stated that they belonged to grade 5 and 6 and were about 10-12 years old.

Initial reports stated that four children - two boys and two girls were killed. However, police later confirmed that a fifth student died in the hospital.

Tasmania Police Commissioner Darren Hine as quoted by ABC said, "These children were meant to be celebrating their last day of primary school, instead we're all mourning their loss. Emergency services were called to the scene around 10am this morning after a wind gust had reportedly caused the jumping castle and inflatable zorb balls to lift into the air."

"Our hearts are breaking for the families and the loved ones, schoolmates and teachers of these young people who were taken too soon. Our thoughts are also with those emergency services personnel who attended to try and save these people's lives," the statement added.

Hillcrest Primary school posted on its Facebook page: "The purpose for the day is to celebrate a successful year and enjoy some fun activities with classmates."

There was an update which stated: "There has been an accident on site at our school. We are closing the school for the rest of the day. We ask that parents come to collect their children as a matter of urgency."

Australian Prime Minister Scott Morrison said, "Young children on a fun day out, together with their families and it turns to such horrific tragedy, at this time of year, it just breaks your heart."

"I just want to say, to the parents and families and friends, all who were there, to the other young children there and witnessing these events, I just pray you'll have great family around you and great friends and you can come through this horrific tragedy."

My heart is breaking for all those impacted by the tragedy at Hillcrest Primary School in Tasmania today.

My prayers are with the family and friends of the children who lost their lives, the injured, the first responders and all those who witnessed this deeply distressing event.