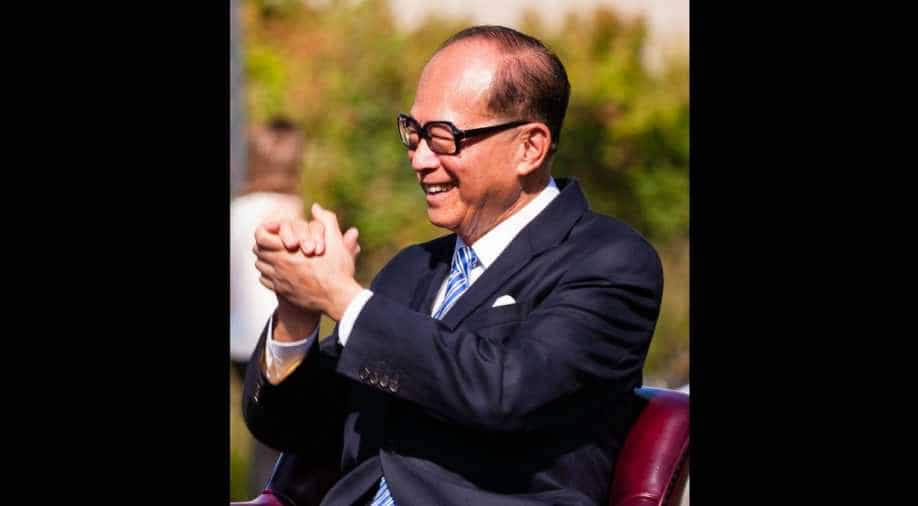 Hong Kong's richest man Li Ka-shing announced Friday he was stepping down as chairman of his flagship company CK Hutchison, marking the end of an era for one of the world's most storied tycoons.

Li, a wartime refugee, got his start in 1950 making plastic flowers and over the years built a sprawling conglomerate that has become part of the fabric of Hong Kong life, ranging from internet services to supermarket chains.

Smiling occasionally as he spoke with reporters on Friday, Li said he was "happy and honoured" for the opportunities he has had, bowing as he thanked others for their support.

"Looking back all these years, it's my honour to have founded Cheung Kong and to have served society," he told the packed room, referring to his company's original name.

The billionaire, who turns 90 in July, said he would step down on May 10 at the company's annual general meeting, ending mounting speculation about his retirement.

He added he would serve as the company's "senior advisor" and will hand over the reins to his eldest son Victor.

Li never gave a straight answer when asked about retirement at previous press conferences, but a sweeping revamp of his vast empire in 2015 was seen as a sign that he was paving the way for Victor to take over.

'Vote for Xi'
Li did not shy away from controversial topics at Friday's press conference, taking questions on China's historic constitutional amendment earlier this month to give President Xi Jinping a mandate to rule for life.

"If I had the right to vote, I would vote for him," Li said, adding China's anti-graft campaign has been effective in recent years.

He also voiced concern over housing conditions in Hong Kong, where property prices are among the world's most expensive, forcing some small businesses to close due to sky-high costs while many residents cannot afford to buy or rent decent homes.

The wealth gap last year was at its widest for nearly 50 years, fuelling discontent as the former British colony marked two decades under Chinese rule.

"Our property prices have broken off with ordinary people's incomes. We especially need more public housing so that, for the general public, their living situation won't become their biggest difficulty," the mogul said.

The Center, a landmark Hong Kong skyscraper owned by Li's CK Asset, sold for a record price of more than $5 billion last year, indicating the city's booming property sector was not cooling down.

Li's flagship CK Hutchison controls diverse assets in over 50 countries, and has recently counted Europe as a significant income source.

Local legend has it that Li can even control the weather -- ensuring typhoons do not hit Hong Kong during the working day.