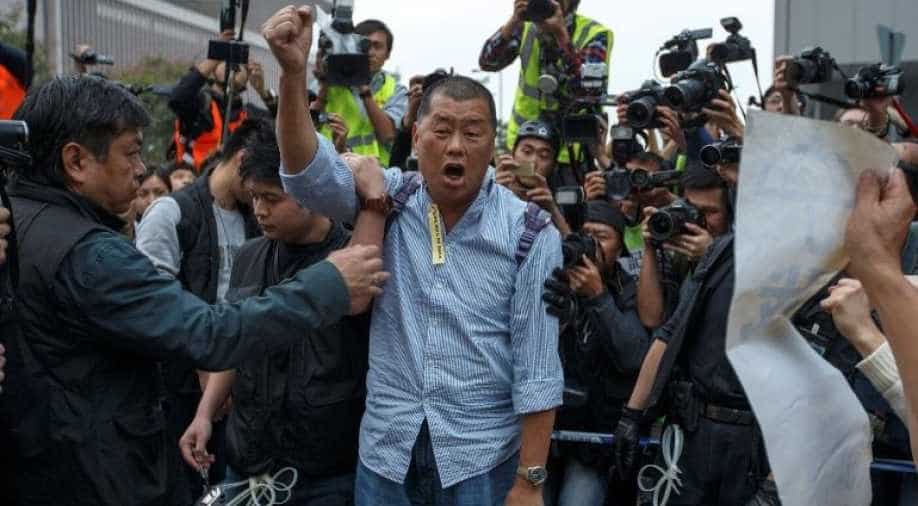 His tabloid, Apple Daily was accused of 'instigating hatred, spreading rumours and smearing Hong Kong authorities and mainland for years'.

Business tycoon Jimmy Lai was handcuffed, escorted out of his office, put into a police van and taken away. Lai has been accused of violating the new security law and colluding with a foreign country.

China's Global Times had a lot to say. It described Lai as a riot supporter.

His tabloid, Apple Daily was accused of "instigating hatred, spreading rumours and smearing Hong Kong authorities and mainland for years".

The security law was implemented on June 10.  It was not supposed to be applied retroactively.

Lai's arrest spells abuse of the security law. Beijing has repeatedly called him a traitor. He is one of the most prominent pro-democracy voices from Hong Kong. China refers to him as the black hand behind last year's pro-democracy protests. The 71-year-old owns the retail company- Giordano, the tabloid Apple Daily and the Next magazine. Lai is worth more than $1 billion and holds a UK citizenship.

He has never been shy of taking on the Chinese leadership. He once said: "China being the number 2 strongest country in the world and has a dictator like Xi Jinping on top of it.. Domestically a lot of people think that Xi Jinping is becoming Mao Zedong."

Lai's media platforms are critical of Beijing. Apple Daily was the most-read newspaper in 2019. It has been a target of Xi's men. Jimmy Lai once received rotten animal entrails on mail.

Earlier today, the Apple Daily newsroom was raided by 200 policemen. At least 9 people were arrested. The assault on the free press was broadcast live on Facebook.

Is this the future of Hong Kong media? Will reporting lead to arrests?

Carry lam and her masters in Beijing are undeterred. The world must make China pay for its massacre of Hong Kong.