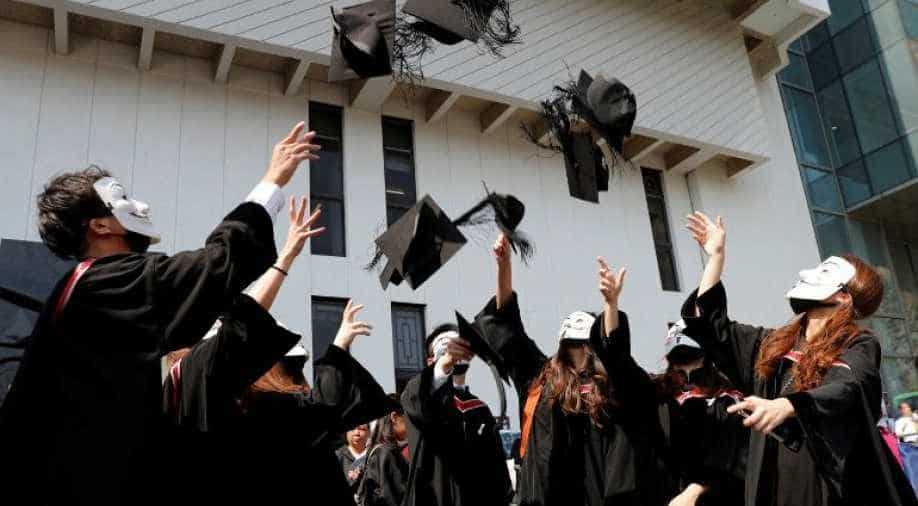 Graduates wearing Guy Fawkes masks throw their hats as they pose for their photo after a graduation ceremony at the Chinese University of Hong Kong in Hong Kong, China, November 7, 2019. Photograph:( Reuters )

'Million people march' succeeded in objectives and the extradition bill was withdrawn a few days later.

The controversial bill was withdrawn a few days later.

It was one of the largest protests in the city's history when the unity of people won in Hong Kong.  Historic march held to oppose extradition bill Protesters also broke into the legislative building.

'Million people march' succeeded in objectives and the extradition bill was withdrawn a few days later. Hong Kong residents opposed any extradition to China. A million people made china hear their voice. March against China's efforts to curb freedom. Protest against Beijing's move to silence dissent. The pro-democracy movement is still alive in Hong Kong.

But the seeds of the uprising were laid by Chinese communist party months before the famous 'million people march' on February 2019.