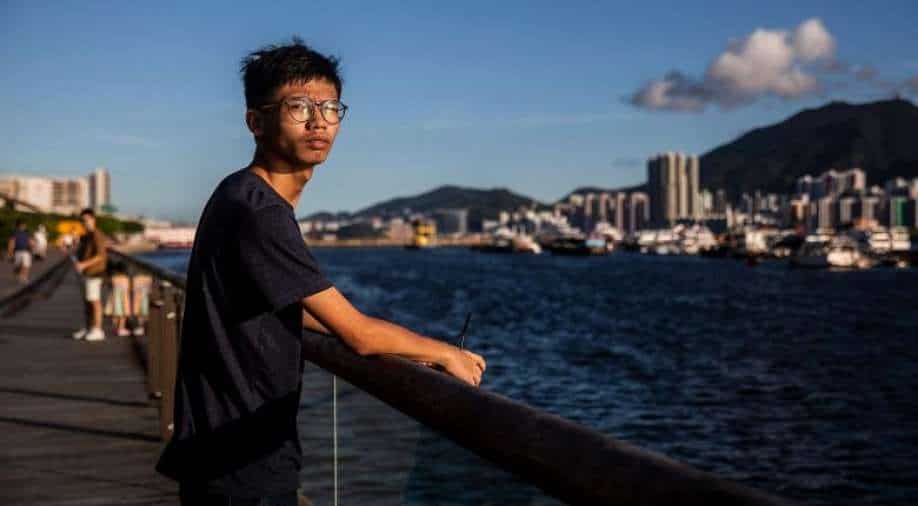 Tony Chung was led away from a coffee shop opposite the consulate by unidentified men, the South China Morning Post reported.

A young Hong Kong activist who was among the first arrested under Beijing's new national security law was detained on Tuesday close to the US consulate.

Tony Chung was led away from a coffee shop opposite the consulate by unidentified men, the South China Morning Post reported.

Student Localism, a pro-independence group that Chung was once involved in before the security law was passed, said he and two other former members were arrested on Tuesday.

Police later confirmed the three arrests, saying they were linked to an ongoing investigation into the group allegedly "inciting secession", one of the new national security offences.

All three were first arrested for that offence in late July but released on bail.

Critics say its broad wording criminalises a wide array of political speech and views, including calling for independence or greater autonomy for Hong Kong.

The security law also allows China's security agents to operate openly in Hong Kong, unbound by local laws. They operate out of a recently requisitioned hotel.

Chung was the first public figure to be arrested under the law. He and three others, including a 16-year-old, were arrested for allegedly "inciting secession" via social media posts.

There are banned from leaving Hong Kong while the investigation remains ongoing.