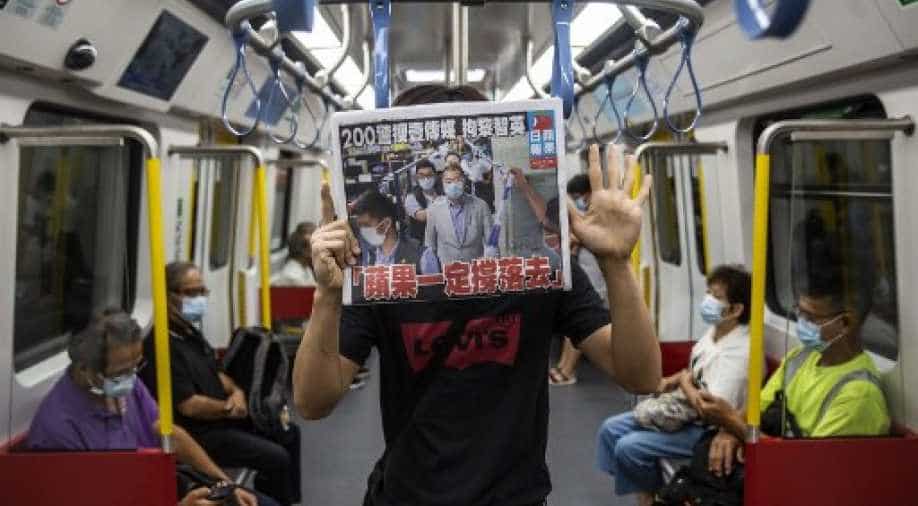 Pompeo had also called the national security law draconian as China said Lai was an "anti-China rabble-rouser" who had conspired with foreigners to "stir up chaos."

Amid tensions over the national security bill, the Hong Kong government said today that it has suspended its extradition agreements with France and Germany.

The development comes as authorities in Hong Kong detained pro-democracy media mogul Jimmy Lai, 71, under the new law but released him hours later after his lawyers applied for bail. He returned to work on Wednesday but urged his staff to "fight on".

"We have the support of the Hong Kong people. We can't let them down," Lai said. The national security law which was enacted on June 30 bypassed the Hong Kong legislature criminalising subversion, secession and colluding with foreign forces as Hong Kongers protested the move.

Lai who is the owner of Apple Daily was taken away by police along with two of his sons and senior Apple Daily executives. 23-year-old Agnes Chow was also detained by police.

The US had imposed sanctions against the financial hub and taken away its special trading status. After Lai was arrested, US secretary of state Mike Pompeo said: "It is further proof that Chinese authorities had eviscerated Hong Kong's freedoms and eroded the rights of its people."

Pompeo had also called the national security law draconian as China said Lai was an "anti-China rabble-rouser" who had conspired with foreigners to "stir up chaos."