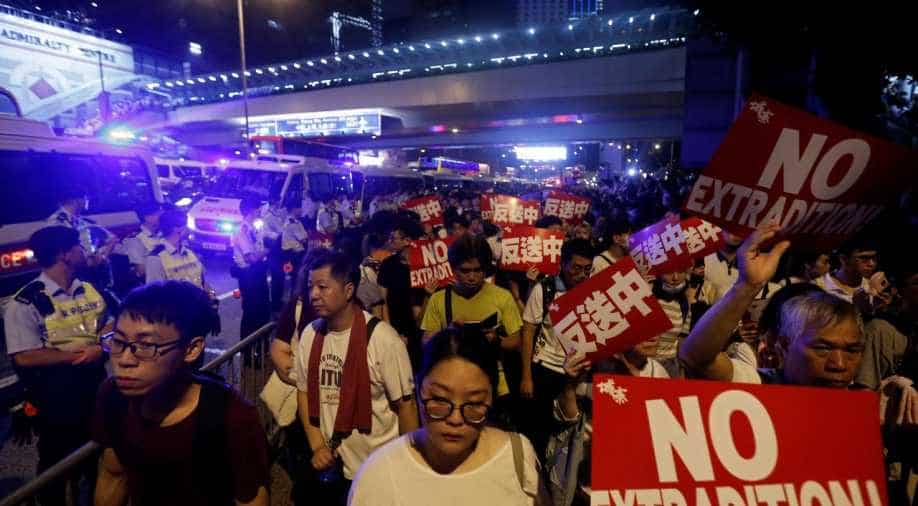 Trump earlier in the day said the city no longer warranted economic privileges and that some officials could face sanctions.

Hong Kong officials have lashed out at US President Donald Trump for his move to strip the city of its special status in a bid to punish China for imposing national security law on the global financial hub.

Trump earlier in the day said the city no longer warranted economic privileges and that some officials could face sanctions.

To this end, security minister John Lee told reporters that Hong Kong could not be threatened and would push ahead with the new laws.

"I don't think they will succeed in using any means to threaten the (Hong Kong) government, because we believe what we are doing is right," Lee said.

Trump had told reporters at the White House that China's move was a tragedy for the world, but he gave no timetable for the moves, leaving Hong Kong residents, businesses and officials to ponder just how far his administration will go.

China's parliament this week approved a decision to create laws for Hong Kong to curb sedition, secession, terrorism and foreign interference. Mainland security and intelligence agents may be stationed in the city for the first time.

Authorities in Beijing and Hong Kong insist the legislation will target only a small number of "troublemakers" who threaten China's national security. They say such action is urgently needed after months of sometimes violent anti-government, anti-China protests rocked the city last year.

Protests are simmering again as Hong Kong emerges from its coronavirus shutdown. Demonstrators are expected to take to the streets on Sunday.