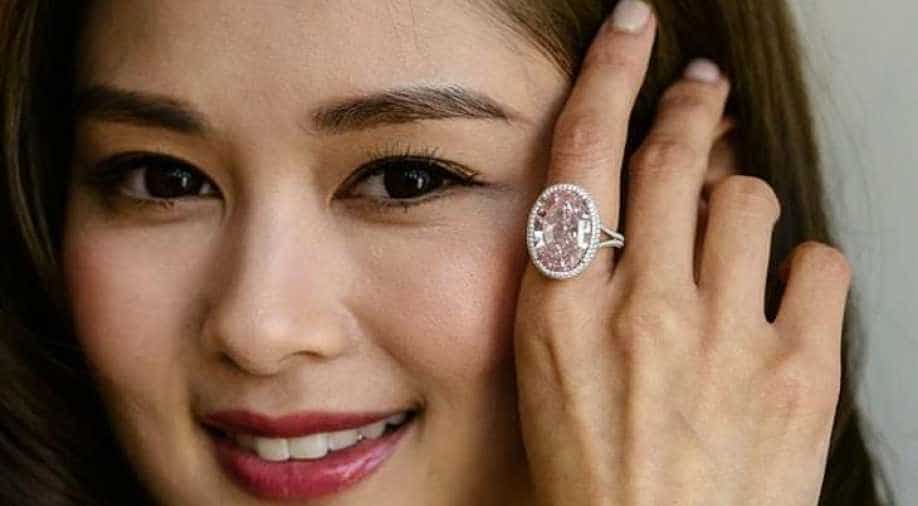 An enormous oval-shaped diamond named the Pink Promise is set to be auctioned at Christie's in Hong Kong, with an eye-watering US $42 million price tag.

A 14.93-carat pink gemstone forms the centre-piece of the diamond-studded ring.

A Christie's spokesman said it was one of the most important pink diamonds ever to be sold because of its colour and clarity.

"For diamond production every year, we are talking about less than two per cent (for) coloured diamonds," Chiang said, adding that not every piece shares the same beautiful colour.

Researchers still do not fully understand the exact structural defect that causes the appealing pink hues, the auction house added in a statement Wednesday.

The ring will go under the hammer on November 28 in Hong Kong.

A 1,000-year-old bowl from China's Song Dynasty sold at auction house Sotheby`s to an anonymous bidder for $37.7 million in the city last month, breaking the record for Chinese ceramics.

Earlier this year, a giant diamond named the Pink Star broke the world record for a gemstone sold at auction when it fetched $71.2 million at Sotheby's.

The 59.60-carat rock was sold to the city's Chow Tai Fook jewellery chain which has a strong presence across East Asia.

Hong Kong tycoon Joseph Lau, who was convicted of bribery in Macau in 2015, made waves that year when he spent $48.4 million on a 12.03-carat diamond for his then-seven-year-old daughter at Sotheby's in Geneva.

The purchase came a day after he scooped up a 16.08-carat pink diamond for a comparatively modest $28.5 million at Christie's.