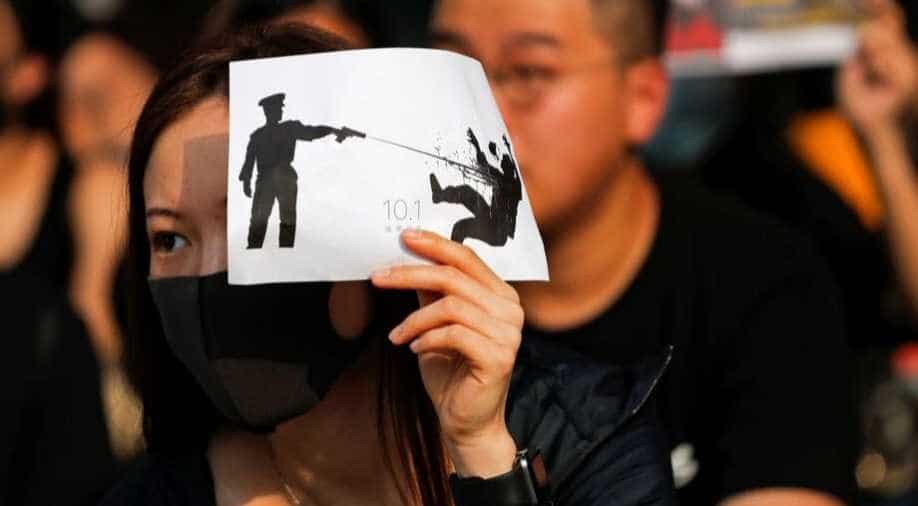 Video obtained by Reuters showed protesters - many in masks - reading out the statement establishing a provisional government.

Protesters read out a declaration in a Hong Kong shopping mall for a provisional government Friday in response to an anti-mask law announced by Carrie Lam, the city's embattled leader.

Video obtained by Reuters showed protesters - many in masks - reading out the statement establishing a provisional government, which was initially published on Reddit-like web portal LIHKG.

The statement called for the suspension of the Chief Executive and the cabinet, as well as the creation of a government,  elected through universal suffrage, a key demand underpinning the protests in Hong Kong.

"The declaration helps protesters think: where does this government's legitimacy come from?" the protester who filmed the declaration, and wants to be known by the pseudonym of "Ma", told Reuters.

"The government uses its own position, its status, to take away the freedom for the people to speak," Ma added. "This is merely the initial spark of resistance. To establish a shadow government is merely an idea."

Protests are expected to continue on Saturday after the anti-mask ban was announced, with the city's metro lines shut down, supermarkets and shopping malls shuttered.