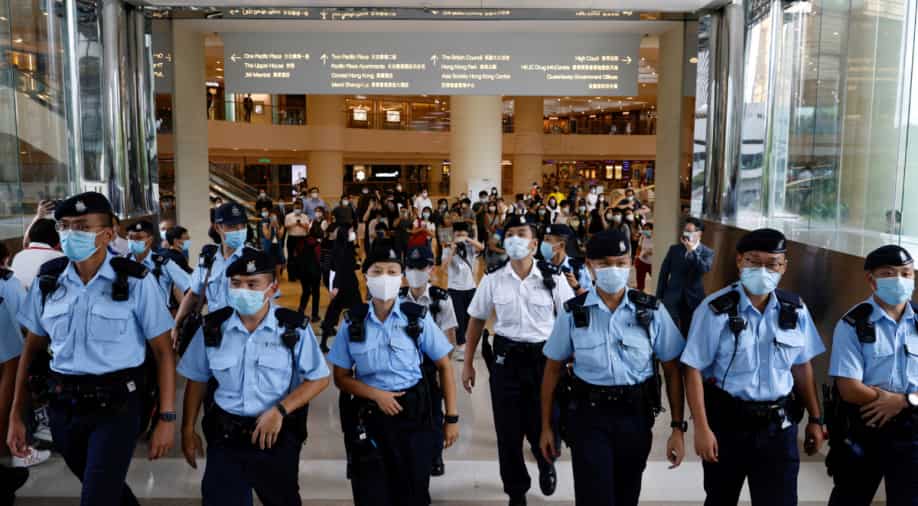 After 156 years of British colonial rule, Hong Kong was returned to China in 1997 with the promise of 50 years of autonomy

Purging signs of the colonial past, Hong Kong's police will drop British-era foot drills on the handover anniversary.

After 156 years of British colonial rule, Hong Kong was returned to China in 1997 with the promise of 50 years of autonomy. Now, to boost patriotism, the major financial hub's police will adopt 'goose step' marching.

The announcement comes after the official Xinhua News Agency reported that Chinese President Xi Jinping will participate in the celebrations of the 25th anniversary of the return of Hong Kong to China.

During anniversary celebrations, which is one of the highest-profile political events in a year, the inauguration of Hong Kong’s government, led by newly appointed Chief Executive John Lee, will also take place.

Xi, who also is the general secretary of the ruling Communist Party, is already the most powerful Chinese leader since at least the 1980s and wants to be seen as leading a “national rejuvenation” amid a military buildup and more assertive policy abroad.

Jinping, who is preparing for an expected third five-year term as head of the ruling Communist Party, has not made a trip outside the Chinese mainland since the start of the coronavirus pandemic two and a half years ago.

After a flood of cases threatened to overwhelm its hospitals, Hong Kong faces a renewed rise in coronavirus infections.

In 2019, the city's residents marched in the streets to fight for liberty and justice after China's introduced the Hong Kong national security bill in order to crack down on dissent.