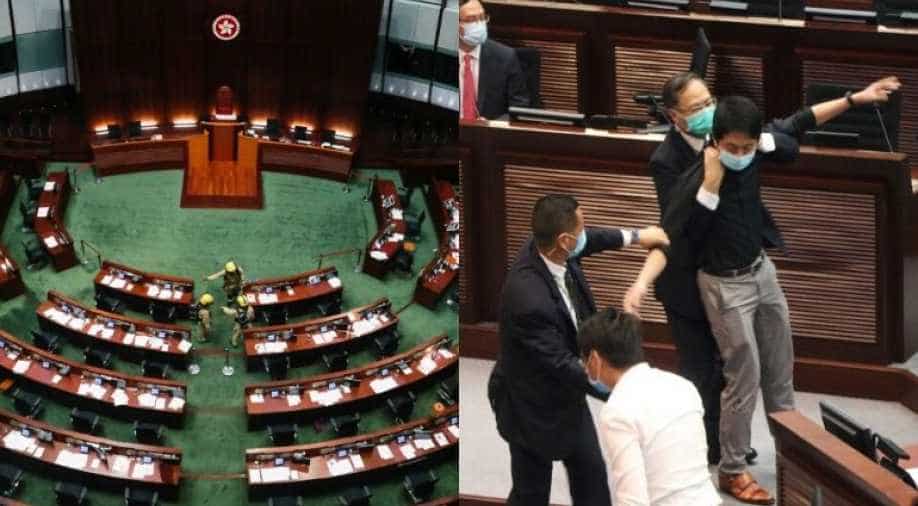 Anyone who disrespects the national anthem in Hong Kong will now be sentenced up to three years in jail along with a fine up to HK$50,000 ($6,450).

Hong Kong passed the National Anthem bill on Thursday despite protests by pro-democracy lawmakers in the legislative council. Many critics view the bill as China's way to increase its grip on the semi-autonomous city.

The bill will criminalise any form of disrespect hurled on the Chinese national anthem, many international human rights groups, as well as the United States, United Kingdom, Australia and Canada, have said that this bill could take away freedom from the Hong Kongers.

This bill also orders primary and secondary school children in Hong Kong to be taught to sing the "March of the Volunteers" (China's national anthem), along with history and etiquette.

Anyone who disrespects the national anthem in Hong Kong will now be sentenced up to three years in jail along with a fine up to HK$50,000 ($6,450).

The national anthem has been booed during the football matches and people have instead sung "Glory to Hong Kong".

During the council discussion, police and firefighters entered the city's legislature after two pro-democracy lawmakers threw foul-smelling liquid to protest against the "murderous" crackdown by Chinese troops in and around Beijing's Tiananmen Square 31 years ago.

The disruption in the legislature came after pro-establishment lawmakers vetoed most amendments to the anthem bill proposed by pro-democracy lawmakers.

Lawmakers Eddie Chu and Ray Chan rushed to the front of the chamber and threw the reeking liquid as guards engaged with them. Police and firefighters later arrived on the scene.

"A murderous state stinks forever. What we did today is to remind the world that we should never forgive the Chinese Communist Party for killing its people 31 years ago," Chu said later before he and Chan were removed from the chamber.