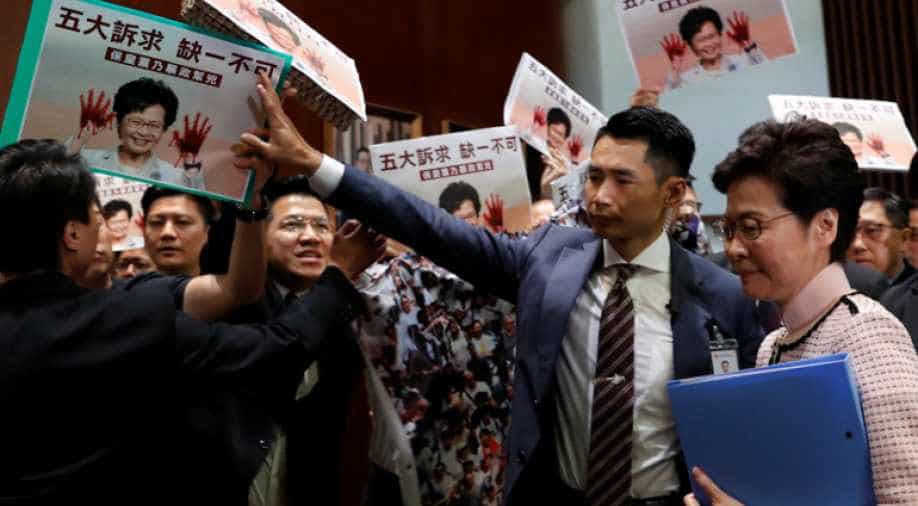 The lawmakers shouted 'five demands, not one less' as they heckled Lam.

Hong Kong's chief executive Carrie Lam was heckled by lawmakers as she prepared to make a speech in the legislature on Wednesday.

The lawmakers shouted "five demands, not one less" as they heckled Lam. The demands include universal suffrage and an independent inquiry into what they say has been excessive force by police in dealing with demonstrations.

Some of the protesting lawmakers wore masks of Chinese President Xi Jinping inside the chamber. Lam later released a pre-recorded video.

Expanding on her housing plans, Lam said she believed "Hong Kong will be able to ride out this storm and move on".

"I hope we can see a path forward for Hong Kong and treasure it," the Hong Kong leader added.

"Both her hands are soaked with blood,” Chan said at the news conference later, adding, "so much has happened on Hong Kong's streets over the past four months but Lam has been either hiding in her abyss or acting like a wax figure."

Hong Kong has seen widespread violence in the past four months which started as protesters demanded authorities drop the extradition bill.