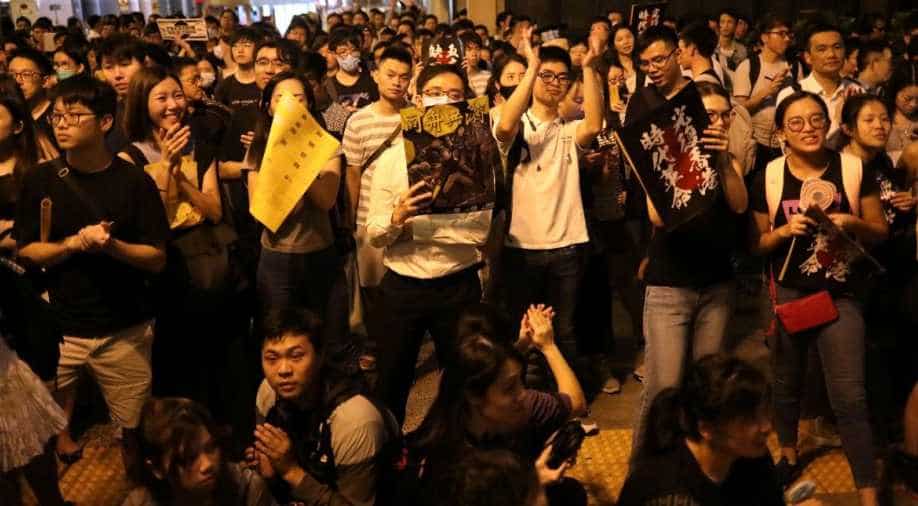 On Sunday, in a silent protest which was largely "tear-gas free" nearly 1.7 million citizens turned up at the city's Victoria Park

"We have noted this. President Trump has previously said that Hong Kong is part of China and they must solve their problem by themselves. They don't need any suggestions," foreign affairs spokesman Geng Shuang said.

"We hope the US side can live up their word," Shuang added.

Hong Kong has been engulfed by protests for the past eleven weeks with citizens demanding China should drop the extradition bill altogether after it was taken off the table in the country's legislature, the pro-democracy protesters have also turned the heat on their leader Carrie Lam demanding her resignation with several protests triggering violent reactions.

On Sunday, in a silent protest which was largely "tear-gas free" nearly 1.7 million citizens turned up at the city's Victoria Park after three days of protests once again kept authorities on alert.

As the protests gathered momentum, President Trump waded into the debate, declaring: "I think it'd be very hard to deal if they do violence, I mean, if it's another Tiananmen Square," adding," I think it's a very hard thing to do if there's violence." Trump signalled that trade negotiations could be hampered if China dwelt with protesters with a heavy hand.

China had infamously deployed tanks during the Tiananmen Square crackdown in 1989 which led to escalation of violence leading the deaths of several hundred protesters as the Chinese Communist Party sought to quell the student-led protests.

"If such a situation was repeated in Hong Kong, I think there'd be... tremendous political sentiment not to do something," Trump said, referring to the trade negotiations with China.