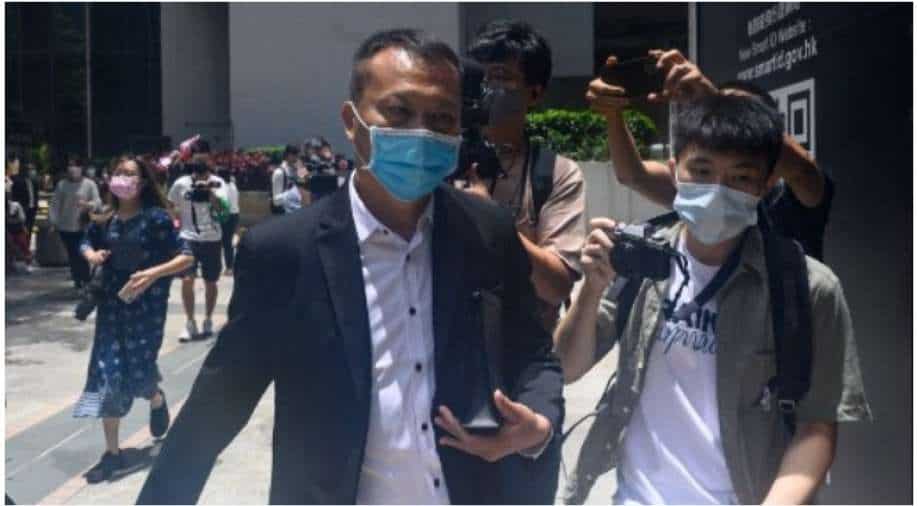 File photo of Ng Wai Nam (L), one of the convicted Photograph:( AFP )

About 100 people wearing white T-shirts had carried out the attack in 2019. They had attacked pro-democracy protesters, journalists and even bystanders

A court in Hong Kong on Thursday handed prison sentences to seven men for their role in attack on pro-democracy protesters, reporters and bystanders in 2019. The incident had occurred at the height of anti-government protests. The attack had taken place on July 21 in Yuen Long district.

The attack was carried out by more than 100 people wearing white T-shirts and wielding sticks and poles. This was one of the most violent scenes of the 2019 unrest.

Police in Hong Kong had received a lot of criticism for their alleged sluggish response to the incident. There were allegations that some of them even colluded with gangsters suspected of carrying out the attack.

Wong Ying-kit, Ng Wai-nam, Tang Ying-bun, Choi Lap-ki and Tang Wai-sum were found guilty of rioting as well as wounding with intent or conspiracy to wound with intent and sentenced to up to 7 years, the maximum penalty the District Court could give for the crimes.

Lam Koon-leung and Lam Kai-ming, who unlike the other five had pleaded guilty to rioting, received a sentence of 4 years and eight months.

In handing the sentences, Judge Eddie Yip described the crimes as "mob justice which caused panic among the general public."

The sentences marked the first convictions of any of the white-shirted attackers.

About a dozen people supporting those sentenced unfurled a banner outside the court reading, "They were forced to guard the homeland and were severely sentenced, where is the justice? Injustice will be vindicated."