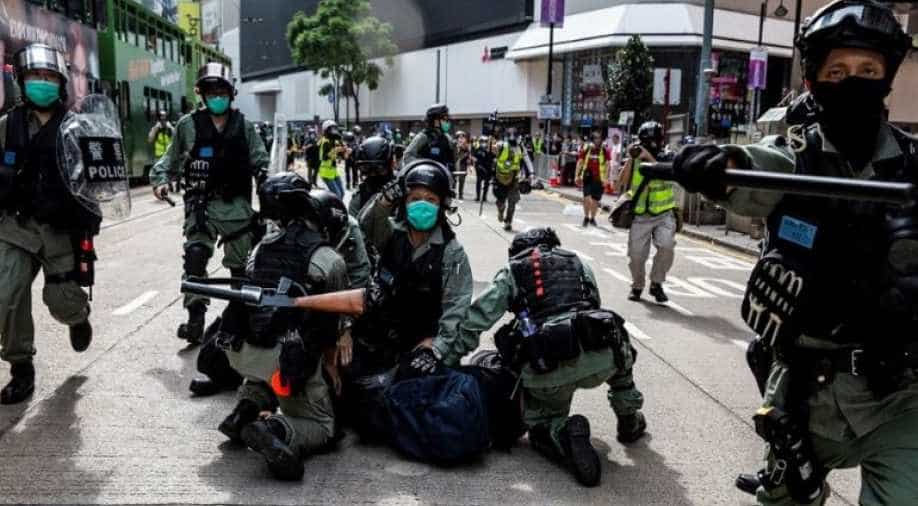 Pro-democracy protesters are arrested by police in the Causeway Bay district of Hong Kong on May 24, 2020, ahead of planned protests against a proposal to enact new security legislation in Hong Kong Photograph:( AFP )

The United Kingdom is planning to initiate a global dialogue on acknowledging and dealing with the Hong Kong-China crisis.

Protests rocked the financial hub last year over China’s now-panned extradition bill. If it had passed, the bill would have allowed criminals to be sent to mainland China from Hong Kong. However, protests became violent and the bill was scrapped.

From that, the protest evolved into a larger call for democracy in Hong Kong and commitment to “One Country, Two Systems” model which guarantees democratic freedoms to the city.

Recently, China approved a new security law which criminalises “undermining the authority” of Beijing and introduces provisions of treason and sedition, in a bid to deal with “terrorism” in the city. The city again erupted into protests on the streets, while the country recovers from the ongoing coronavirus pandemic.

As part of the 1997 agreement, Hong Kong was returned to China on specific terms and conditions. For instance, the city enjoys a mini-constitution of its own, called the Basic Law which guarantees privileges not available in mainland China. 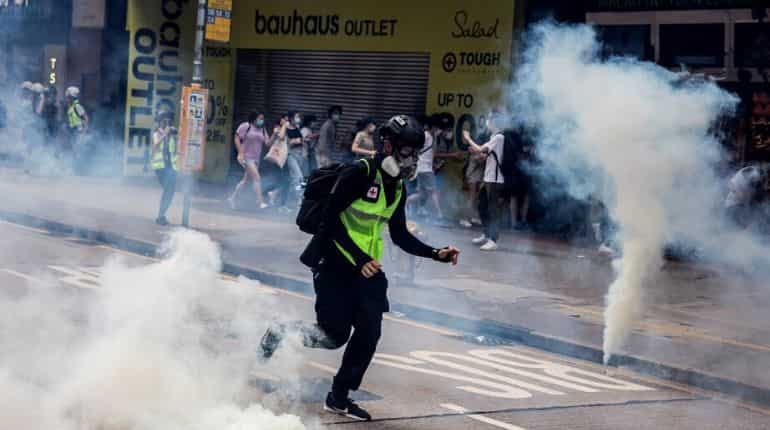 Police fire tear gas on protesters during a planned protests against a proposal to enact a new security legislation in Hong Kong on May 24, 2020 | AFP

The new law is seen by the international community as a way subvert the democratic nature of Hong Kong’s functioning.

The British ministers recently wrote a letter to the UK government asking for it to lead the international response.

While talking about China’s actions and denouncing them as a “breach” of the agreement, the ministers - Jeremy Hunt, David Miliband, Jack Straw, William Hague, Malcolm Rifkind, David Owen and Margaret Beckett called for a coordinated international response.

A Downing Street spokesman told BBC that the new legislation “clearly violates” the freedom enshrined in Hong Kong’s constitution. He further said that the UK will further make it easy for people with an overseas British passport from Hong Kong to attain Uk citizenship.

Recently, a former governor of the city hit out at Chinese President Xi Jinping. He said that “Jinping is so nervous about the position of the Communist Party that he is risking a new Cold War and imperilling Hong Kong's position as Asia's pre-eminent financial hub”.

Chris Patten said Xi's 'thuggish' crackdown in Hong Kong risked triggering an outflow of capital and people from the city which funnels the bulk of foreign investment into mainland China.

The West, he said, should stop being naive about Xi, who has served as General Secretary of the Communist Party since 2012.