His fight for freedom cannot end with the dawn of democracy: Grandson Zwelivelile on Mandela's 101 birthday 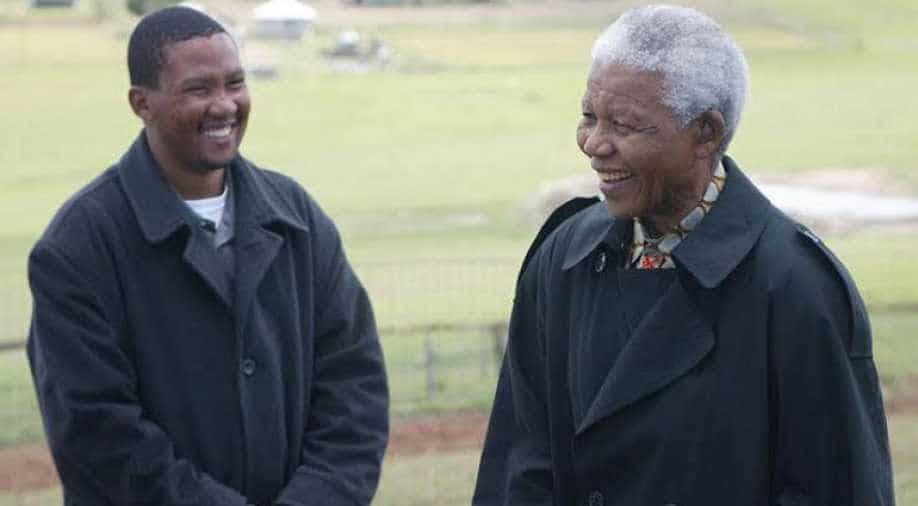 Remembering his grandfather and anti-apartheid hero Nelson Mandela on his 101 birthday, grandson Zwelivelile spoke to WION and said that Mandela will always be remembered as a great freedom fighter who fought for apartheid and ushered for a new democracy.

This year celebrates the 101 birthday of the anti-apartheid icon Nelson Mandela who became South Africa’s first black president and also won the Nobel Prize. Born on July 18, 1918, his successful struggle against South Africa's apartheid system of racial segregation and discrimination made him a global symbol. To celebrate his birthday, July 18 is celebrated as Nelson Mandela International Day or Mandela Day every year.

When asked about how challenging is it to keep Mandela's legacy, Zwelivelile said, "There's quite a hilarious story about my childhood when my dad used to tease me. There were some street protests and people shouting slogans. I thought they were calling my name Amandla! Then I heard them calling Viva Mandela Viva! I thought I was famous and the family had a nice chuckle about my childhood innocence. I still did not know much about Nelson Mandela the man when I met him as a nine-year-old in Pollsmoor Prison. It was only after he instructed Hellen Joseph in a coded message to educate me about him, the struggle and what he stood for."

Keeping his grandfather's legacy, Zwelivelile said that he is often asked about his grandfather's legacy and the celebration of Mandela day. To this he thinks that such mass outpouring of altruism and philanthropic acts are meritorious in themselves, they are the antithesis of what our global icon stood for. He also said that it was not easy in growing up with his name but whatever his grandfather ingrained it in, we have to serve whenever the nation calls upon us to do so.

Adding the importance of the role of self-sacrifice and long commitment to activities by his grandfather, Zwelivelile feels that the efforts done to restore his legacy should be more. He further suggested that if we truly value the man as a hero and as a giant, we should understand the milieu in which he was born and given rise to the emergence of a generation of men/women in our liberation movement who moulded and shaped the Madiba we know.

Sharing memories of growing up with his grandfather, he said that as a President he was deeply conscious that his walk of freedom did not end with the dawn of democracy as he knew that there were many more hills to climb.

When asked about changes that came after Mandela became president, his grandson said that Nelson Rolihlahla Mandela was 76 when he became President in 1994. At that age his character, values and outlook on life had been shaped by decades of struggle. So, principally the man Mandela did not change when he became President. Yes, he had to contend with the challenges of statesmanship which placed a huge burden on him but he bore that with characteristic charm, discipline and his ever-present human touch.

Celebrating his grandfather's birthday, Zwelivelile asks South Africans on this day to recommit to the true essence and meaning of reconciliation that Madiba regarded as the golden standard of building a new future.

He also asks young people to rise for a higher purpose in life and remember the Madiba' day for what he is always known for- an unflinching believe in the propensity, a wavering determination to stand for justice, an unshakable commitment to end human suffering to keep Africa/World a better place for which his grandfather has always worked for.