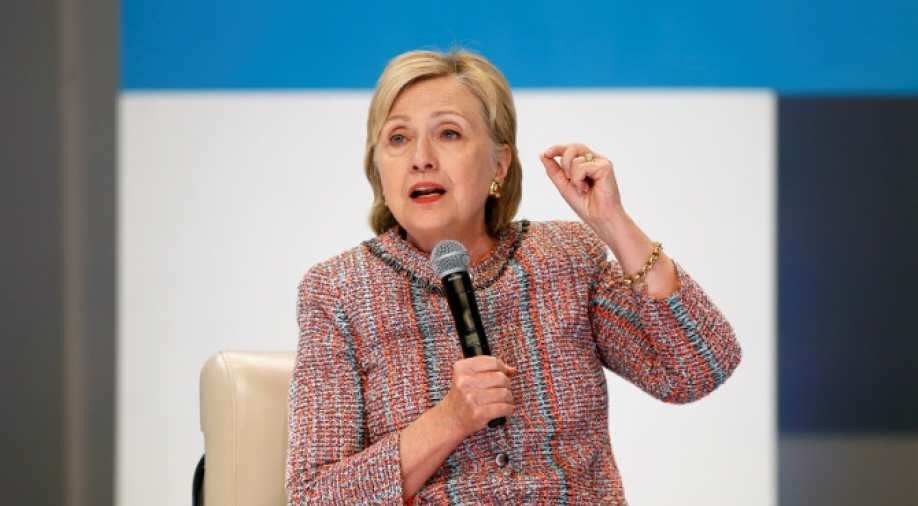 Follow Us
The FBI quizzed Democratic White House hopeful Hillary Clinton on Saturday about her use of personal email while serving as secretary of state, a campaign spokesman said.

Questions over Clinton`s use of a private account and homebrew server during her time as America's top diplomat have dogged her presidential campaign for more than a year, and fueled voter concerns that she is not trustworthy.

An aide said the interview at FBI headquarters in Washington lasted about 3.5 hours.

"Secretary Clinton gave a voluntary interview this morning about her email arrangements while she was secretary," spokesman Nick Merrill said in a statement.

"She is pleased to have had the opportunity to assist the Department of Justice in bringing this review to a conclusion. Out of respect for the investigative process, she will not comment further on her interview."

Clinton, aiming to become the nation's first female commander-in-chief, has apologized for exclusively using a private email account and her own server during her time as secretary of state from 2009 to 2013.

Opponents argue that this breached rules about protecting classified documents from cyber attack and may have amounted to a crime.

The FBI interview came amid revelations that US Attorney General Loretta Lynch held an impromptu meeting with Clinton`s husband, former president Bill Clinton, at the airport in Phoenix, Arizona this week.

The exchange touched off a political firestorm.

On Friday, Lynch vowed to respect the decisions of the FBI and the prosecutors on whether to charge Hillary Clinton.

The top US law enforcement official admitted that the private encounter with Bill Clinton had "cast a shadow" over the investigation into the emails in the runup to the November general election.

But Lynch insisted that she, as a political appointee, will not overrule investigators or otherwise interfere in the legal process regarding the probe, and that the integrity of the Justice Department will be upheld.