Here's how China is killing democracy in Hong Kong 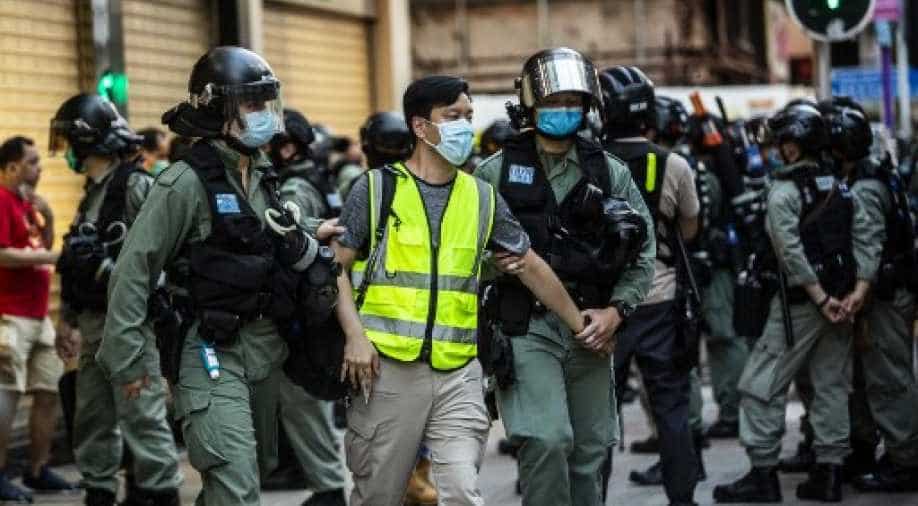 By killing the rights of the people of Hong Kong, China is taking aim at the very idea of democracy.

Hong Kong police fired water cannon and tear gas and arrested nearly 300 people on Wednesday as protesters took to the streets in defiance of a new security legislation introduced by China.

The law punishes crimes of secession, subversion, terrorism and collusion with foreign forces with up to life in prison, will see mainland security agencies in Hong Kong for the first time and allows extradition to the mainland for trial.

China can now target people who demand democratic rights, intervening in Hong Kong’s legal system. By killing the rights of the people of Hong Kong, China is taking aim at the very idea of democracy.

Meanwhile, 27 countries have issued a statement saying that China must reconsider its sweeping national security law imposed on Hong Kong which "undermines" the city's freedoms.

"We urge the Chinese and Hong Kong governments to reconsider the imposition of this legislation and to engage Hong Kong's people, institutions and judiciary to prevent further erosion of the rights and freedoms that the people of Hong Kong have enjoyed for many years," the statement said.

The statement further said that China must allow meaningful access to western Xinjiang - a province where China has committed serious human rights violations against the Uighurs.

US Secretary of State Mike Pompeo said the new law was an affront to all nations and Washington would continue to implement President Donald Trump’s directive to end the territory’s special status.