'None of your business': China slams foreign critics over Hong Kong law 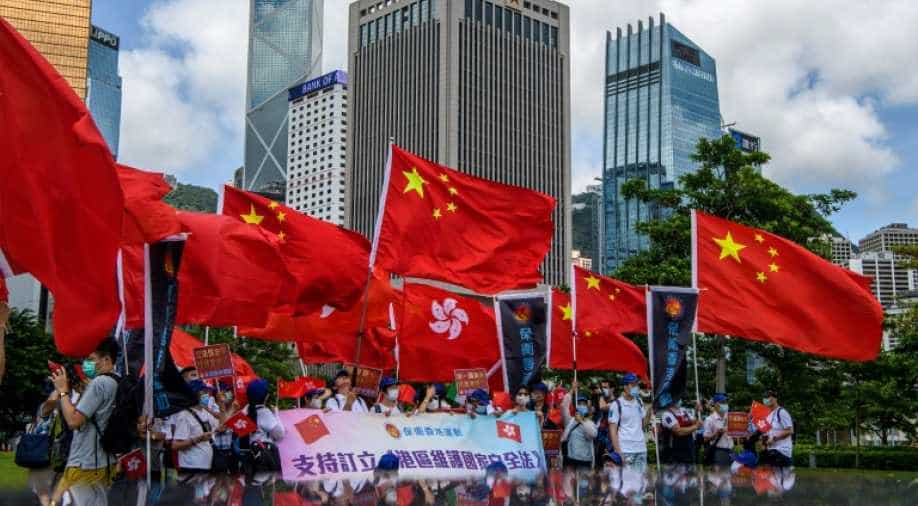 Critics have warned the new law would curb the city's autonomy and undermine the "One Country, Two Systems" policy meant to protect freedoms unseen on the mainland.

Critics have warned the new law would curb the city's autonomy and undermine the "One Country, Two Systems" policy meant to protect freedoms unseen on the mainland.

To this end, Zhang Xiaoming of the Hong Kong and Macau Affairs Office of the State Council at a press conference said, "What's this got to do with you? It's none of your business."

Officials insisted there had been wide consultation with members of Hong Kong society and hit back at claims it was undermining Hong Kong's autonomy.

"If what we want is one country, one system, it would have been simple," Zhang said.

"We are completely able to impose the criminal law, the criminal procedure and the national security law and other national laws on Hong Kong.

"Why would we need to put so much effort into formulating a national security law tailor-made for Hong Kong?"

Zhang also insisted that the law -- which he said cannot be applied retrospectively -- was only to target "a handful of criminals" and "not the entire opposition camp."

"The purpose of enacting Hong Kong's national security law is definitely not to target Hong Kong's opposition camp, pro-democracy camp, as the enemy," he said.

Instead, the One Country, Two Systems policy showed the government's "political tolerance", he said.

His comments come a day after Hong Kong pro-democracy party Demosisto announced it was disbanding, following the passing of the law.

Zhang also lashed out at suggestions of punishment from other nations.

"As for... some countries now saying that they will impose severe sanctions on some Chinese officials, I think this is the logic of bandits."

A group of 27 countries including Britain, France, Germany and Japan, made a rare oral rebuke of China at the UN Human Rights Council in Geneva on Tuesday and urged Beijing to reconsider the law.

Foreign ministry spokesman Zhao Lijian said in a separate briefing that 53 countries had made a joint statement at the council to "support China's policy on Hong Kong."