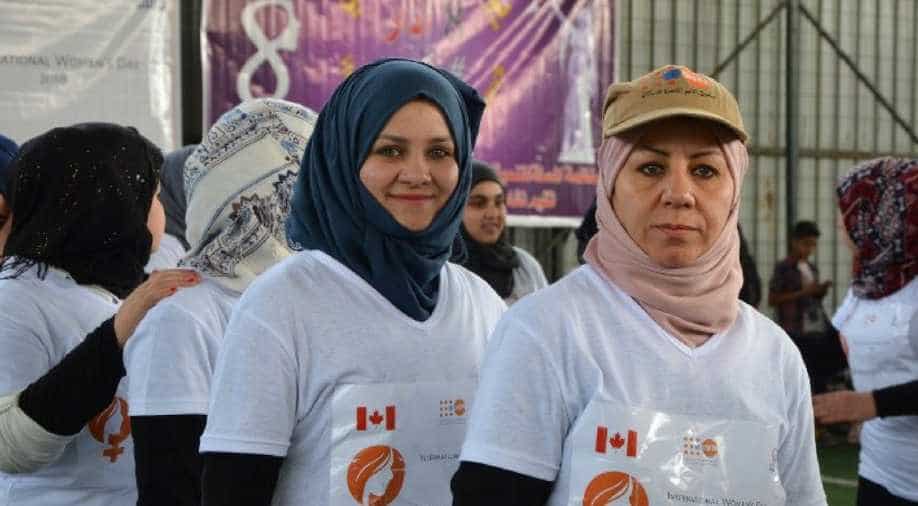 Nearly 300 women ran through the streets of Iraq's Mosul on Thursday, in a demonstration of their freedoms eight months after the city was retaken from the Islamic State group.

Mosul's first ever women's marathon was held to coincide with International Women's Day.

The 900-metre run was not the length of a full marathon, but organiser Fatima Khalaf said it marked a real change for women in the city, who faced harsh restrictions under the hardline rule of the jihadists.

The race aimed to "urge women and girls in the city to actively reclaim their rights," the 30-year-old said.

The 24-year-old sports education student said she her victory would "send a message to the women of Mosul about the need to... take a step towards taking their rightful place in society".

Women lined either side of the street during the marathon, waving placards drawing attention to the harsh realities Iraqi women have faced.

"You Are Not Powerless" read one sign. "Women Can Do It" read another.

Men also showed up to watch the event. Mustafa Qais, 24, carried a sign reading: "I support women getting the same rights as men."

The jihadists of IS seized control of Mosul in mid-2014, making it the de facto Iraqi capital of their "caliphate".

During its three-year rule over nearly a third of Iraq, IS subjected hundreds of thousands of women to its rigid interpretation of Islam, using beatings and executions as punishments.

In Mosul and its surrounding province, jihadists raped, kidnapped and enslaved thousands of women and adolescent girls, especially those of the Yazidi ethnic minority.

The marathon was one of a series of events that have seen residents reclaim public spaces since Iraqi forces retook the city in July, including Valentine's Day market last month.