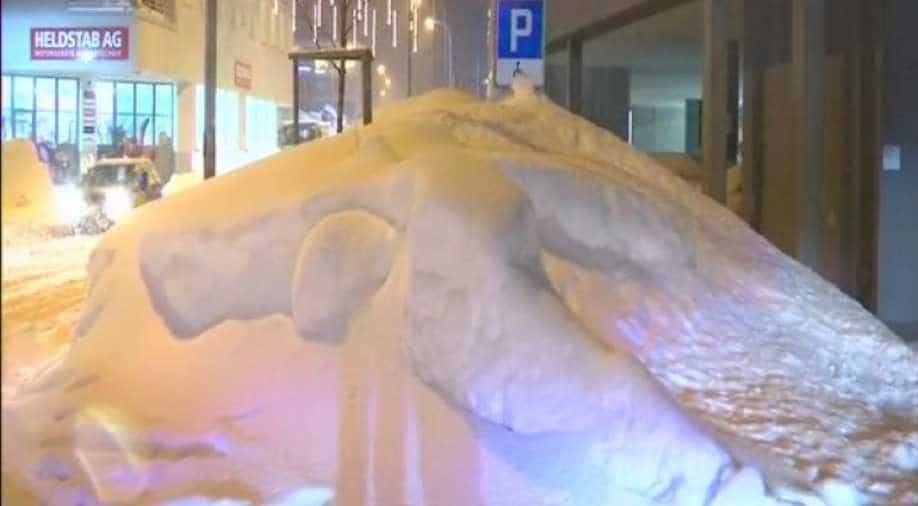 Trump, who is scheduled to address the forum on the last day on Friday (January 26), is the first sitting US president to attend the forum since Bill Clinton in 2000. Photograph:( ANI )

The Swiss ski resort town of Davos was hit by heavy snow on Sunday (January 21) two days before the start of an annual forum that will see U.S. President Donald Trump rubbing shoulders with the same "globalists" that he campaigned against in winning the 2016 election.

Davos, a town nestled in the Swiss Alps, covered in a blanket of snow. (WION)

Trump, who is scheduled to address the forum on the last day on Friday (January 26), is the first sitting US president to attend the forum since Bill Clinton in 2000.

His presence in the forum, aides say, is to call attention to growth in the US economy and the soaring stock market.

During his 2016 election campaign, Trump blamed globalization for ravaging American manufacturing jobs as companies sought to reduce labour costs by relocating to Mexico and elsewhere.

World Economic Forum founder Klaus Schwab told Reuters Trump's presence this year was a "positive surprise" and his voice, along with other world leaders would provide a balanced global outlook for the year.

Davos is host to the World Economic Forum (WEF), an annual meeting of global political and business elites (WION)

Workers were out on in force clearing the streets of snow. More snow is forecast until Monday (January 22) but Schwab says he is not worried about the weather affecting or delaying the forum.