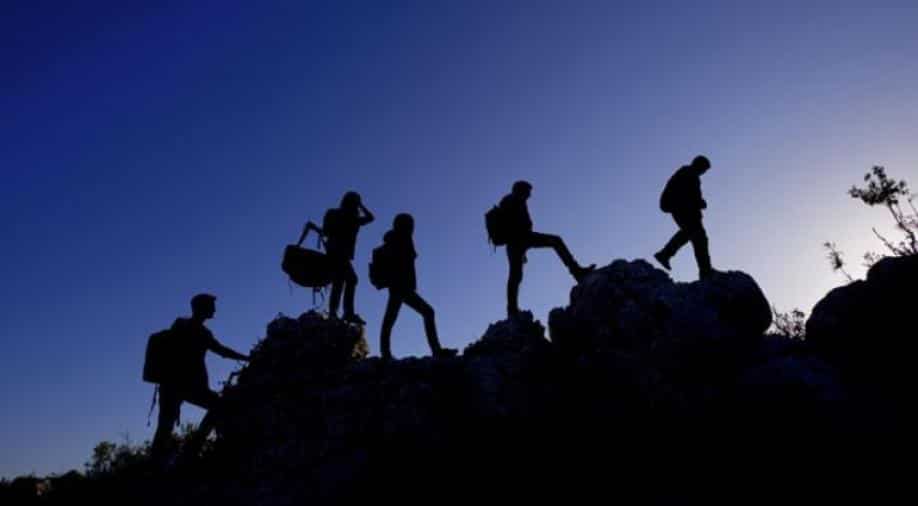 Relatives of the missing Koreans have arrived in Kathmandu alongside several officials sent by Seoul to help with the emergency rescue efforts, Ang Dorjee Sherpa of the Korean Alpine Federation said.

Heavy snow, chilling winds and poor visibility hampered the search Sunday for four South Koreans and three Nepalis caught in an avalanche in the popular Annapurna region of the Himalayas, officials said.

Relatives of the missing Koreans have arrived in Kathmandu alongside several officials sent by Seoul to help with the emergency rescue efforts, Ang Dorjee Sherpa of the Korean Alpine Federation said.

The missing group was near the Annapurna base camp around 3,230 meters (10,600 feet) above sea level when the avalanche struck after heavy snowfall on Friday.

"Search and rescue efforts are underway but weather and snow in the area have made it difficult to make much progress," said Mira Acharya from Nepal's tourism department.

Helicopters were sent out on Saturday to rescue about 200 people stranded around Annapurna and other nearby mountains after the incident.

Photos from the area shared on social media showed guesthouses along the trekking route blanketed in a thick layer of snow.

Tek Gurung, a guesthouse owner aiding in the search operation, said more than two meters of snow (6.6 feet) had fallen on the hiking trails.

"We have been searching since yesterday but have not found anything yet. It is very windy and snowy here, to search the snow-covered areas on foot is difficult," Gurung said.

"There are still masses of snow falling from above." 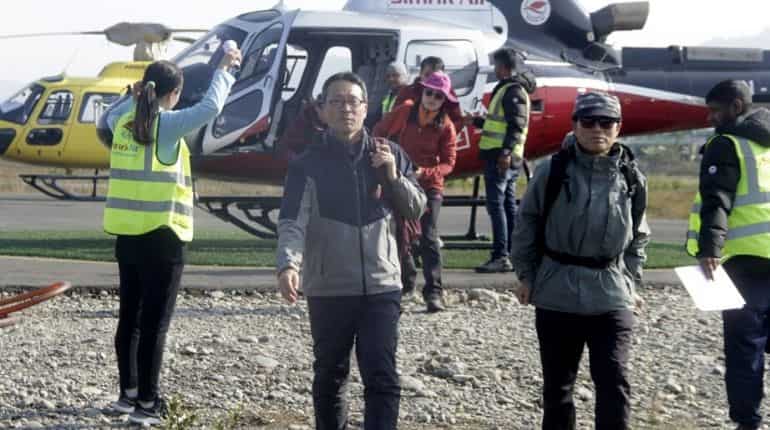 [ Trekkers arrive after a rescue operation from the Annapurna circuit (Courtesy: AFP) ]

Six of the missing were part of the same expedition, while one Nepali porter was escorting a different group.

The four foreigners which include two men and two women were part of an 11-member team of South Korean nationals.

"The rest of the team are unhurt and have safely come down. We are coordinating to make the search operation effective," said Dilip Gurung of the tourism management committee in Chhomrong, which lies on the trekking route.

Education officials in Seoul said they were part of a team of volunteer teachers working with children in Nepal.

Two more South Koreans were due to arrive in Nepal on Sunday to help with the search, the country's foreign ministry said.

Sherpa said it had snowed heavily around Annapurna in recent days, making the trek risky.

"The weather and snow got worse and, feeling it was becoming dangerous and difficult, they decided to turn. As they were heading back the avalanche hit," Sherpa said on Saturday.

Annapurna is an avalanche-prone and technically difficult mountain range with a higher death rate than Everest, the world's highest peak.

Thousands of trekkers visit the route every year for its stunning views of the Himalayas.

A snowstorm killed about 40 people on the circuit in 2014, in one of the biggest trekking tragedies to hit Nepal.