Head of Iran Guards declares 'end of the sedition' 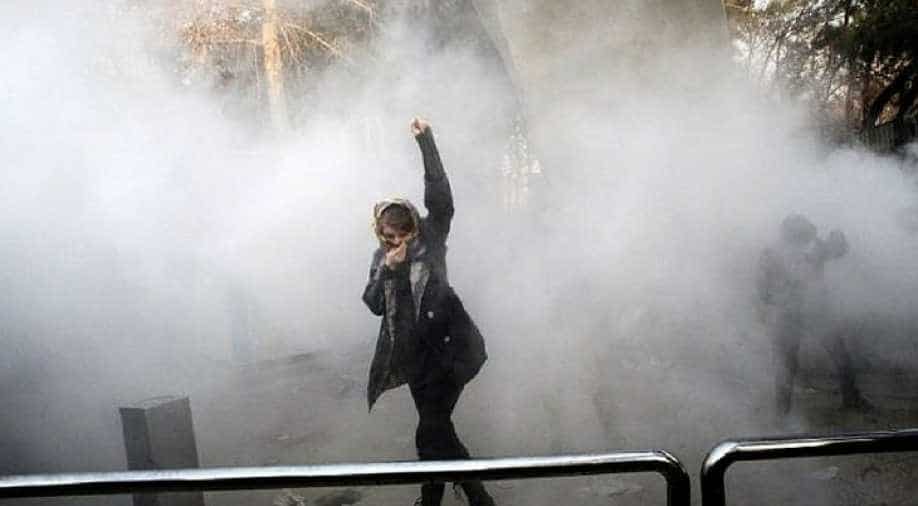 The White House declared it would seek new sanctions against those involved in the crackdown. Photograph:( AFP )

Iran's Revolutionary Guards chief announced the "end of the sedition" Wednesday as tens of thousands rallied in a show of strength for the country's Islamic rulers after days of deadly unrest.

General Mohammad Ali Jafari said the Guards only intervened "in a limited way" against fewer than 15,000 "troublemakers" nationwide, adding that a large number had been arrested.

The White House declared it would seek new sanctions against those involved in the crackdown.

Protests over economic problems broke out in Iran's second city Mashhad last week and quickly spread across the country, turning against the regime as a whole in the biggest test for the authorities since mass demonstrations in 2009.

A total of 21 people have died in the unrest as protesters in some areas attacked government buildings and police stations.

"Today we can announce the end of the sedition," Jafari said, quoted on the Guards' website.

"A large number of the troublemakers at the centre of the sedition, who received training from counter-revolutionaries... have been arrested and there will be firm action against them," he said.

Jafari added those behind the protests had "intervened massively on social media" but that "once restrictions were started, the troubles reduced".

His declaration came after major rallies by regime supporters.

Chants of "Leader, we are ready" were heard as images showed thousands marching in the cities of Qom, Ahvaz, Kermanshah and elsewhere.

A White House official, who asked for anonymity, said Wednesday the administration would look for "actionable information" to try to begin imposing sanctions on those responsible for any crackdown.

US President Donald Trump insisted Iranians were trying to "take back" their government, extending a drumbeat of encouragement for the protests.

"You will see great support from the United States at the appropriate time!" he tweeted, without offering any specifics.

Iran's UN Ambassador Gholamali Khoshroo said in a letter that the US government "has stepped up its acts of intervention in a grotesque way in Iran's internal affairs and accused Washington of violating international law and the principles of the UN charter.

AFP journalists reported a heavy police presence still on the streets of central Tehran, along with a large number of Revolutionary Guards.

There were few reports of anti-regime protests overnight Tuesday to Wednesday, although it remained difficult to verify information from the provinces.

Online messaging and photo sharing platforms Telegram and Instagram have been blocked on cellphones since soon after the protests began on December 28.

Telecoms Minister Mohammad-Javad Azari Jahromi said Telegram would only be unblocked if it removed "terrorist" content.

President Hassan Rouhani expressed hope in a phone call with Turkish counterpart Recep Tayyip Erdogan that the protests would end in a few days, a Turkish presidential source said.

The political establishment has closed ranks against the unrest, with Khamenei on Tuesday saying the regime's enemies were "always looking for an opportunity and any crevice to infiltrate".

Even reformists in Iran, who backed the 2009 protests, have condemned the violence and the support the demonstrations have received from the United States.

But they also urged the authorities to address economic grievances.

"Officials must acknowledge the deplorable situation of the country as the first step to hearing the protesters," tweeted Mohammad Taghi Karroubi, whose father Mehdi Karroubi has been under house arrest for almost seven years for helping lead the 2009 demonstrations.

The head of Lebanon's powerful Tehran-backed Hezbollah movement Hassan Nasrallah said that "there is nothing to worry about and what happened in Iran is well contained."

'Some freedom in Iran'

Many Iranians appear to have been turned off by the violence, which has contrasted with the largely peaceful marches in 2009.

Rouhani came to power in 2013 promising to mend the economy and ease social tensions, but high living costs and unemployment have left many feeling that progress is too slow.

Rural areas, hit by years of drought and under-investment, are particularly hard-hit.

On the streets of the capital, there is widespread sympathy with the economic grievances driving the unrest, particularly an unemployment rate as high as 40 percent for young people.

"People have reached a stage where they can no longer tolerate this pressure from the authorities," said Soraya Saadaat, a 54-year-old jobless woman.

But some Tehranis said claims from the US that they were desperate for freedom were overblown.

"We do have some freedom in Iran," Hamid Rahimi, a 33-year-old bank employee told AFP.

"If the people of Iran have something to say, it's about economic problems. They want to see their demands, what they voted for, fulfilled."

Mojtaba Mousavi, a Tehran-based political analyst, said Iranians do not generally support violence, no matter how unhappy they are with their government.

"There are certainly Iranians who aren't happy with certain policies, frustrated people who would like to protest against their economic situation, but history shows none of these people supports violence and subversion," he said.

In 2009, authorities ruthlessly put down protests against the re-election of hardliner Mahmoud Ahmadinejad. At least 36 people were killed, according to an official toll, while the opposition says 72 died.