Have scientists found the ancestor of all living beings? 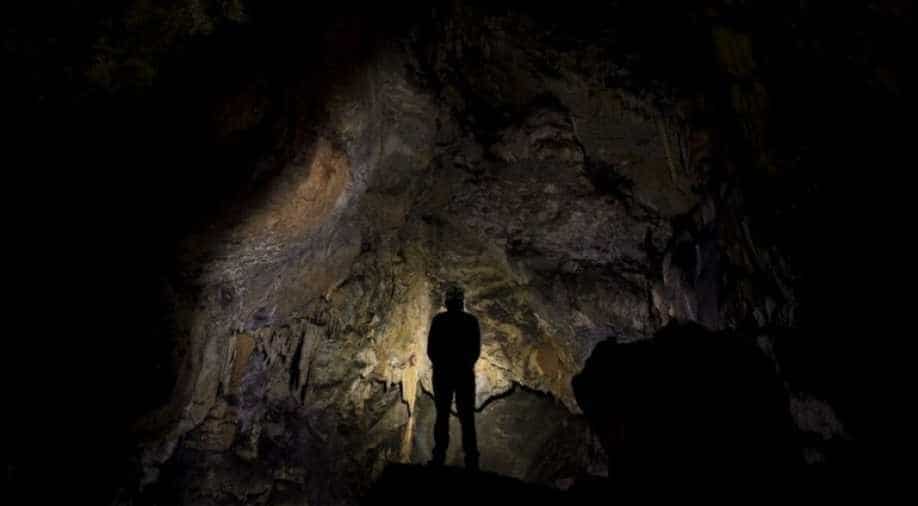 Pedro Cantalejo, director of the Andalusian cave of Ardales, stands inside the cavern on March 1, 2018 Photograph:( AFP )

Only a handful of living beings are not considered bilaterian, including comb jellies and cnidarians

Turns out, we all came from a critter!

Scientists recently discovered one of the earliest ancestors of life as we know it: a wormlike critter, scientifically named Ikaria Wariootia, which translated into “meeting place”, Newsweek reported.

The Ikaria was a bilaterian, ie, having symmetrical left and right sides as a body, just like most of the living beings, including humans. Bilaterian beings have two openings on either side of the body, connected by a gut.

Only a handful of living beings are not considered bilaterian, including comb jellies and cnidarians. Based on the research undertaken by Proceedings of the National Academy of Sciences, this bilateral bodily symmetry is one of the underlying facets of evolution as we know it.

Earlier, the organisms resembled sponges, and had no mouth and gut, hence not bilaterian. The organism then was simple with only basic sensory inhibitions.

As 3D scanning gets more sophisticated, a dozen more such burrows have been in South Australia. "This is what evolutionary biologists predicted," Mary Droser, Professor of Geology at the University of California Riverside, said in a statement.

"It's really exciting that what we have found lines up so neatly with their prediction."

In fact, the Ikaria is very small in size, with a maximum length of 6.7 millimetres and a maximum width of 2.4 millimeters.

Researchers posit that their largest size did not exceed 7 millimetres, making them as big as a grain of rice.

The shape left behind by them in the burrows explains their movement, which is somewhat similar to contemporary worms, who use their muscles to trigger movement.

Even though the organism may come off as simple, it was quite complex for its time. Using their senses, the organisms could dig into the seabed to find food. Data suggests that the organisms had a mouth, a gut, and an anus.